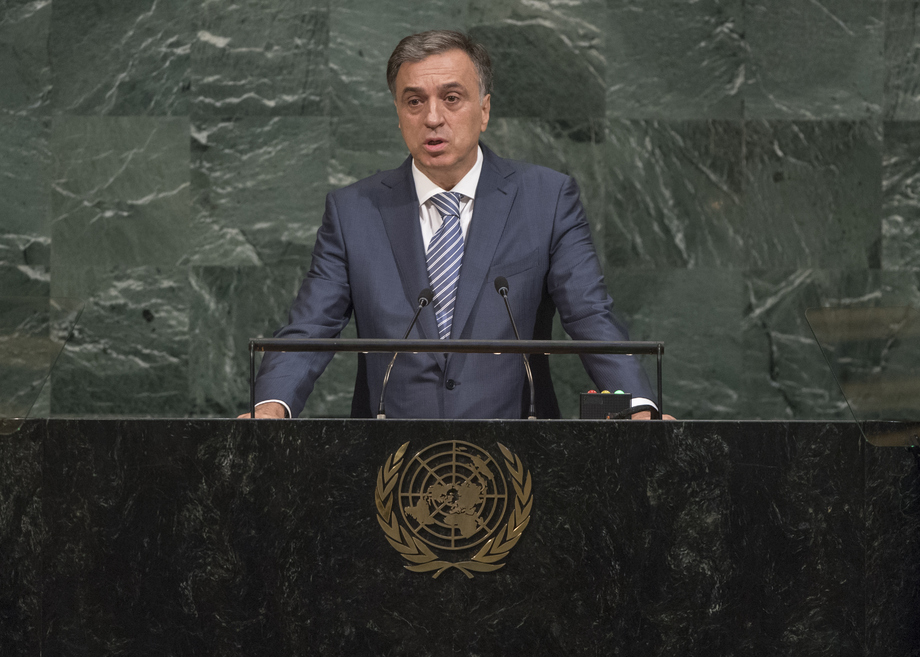 FILIP VUJANOVIĆ, President of Montenegro, said good neighbourly relations and regional cooperation in the Balkans were priorities for his country’s foreign policy agenda, to which multilateralism and the affirmation of international organizations promoting peace and security were of key importance, as demonstrated by Montenegro’s participation in the North Atlantic Treaty Organization (NATO) and its relations with the European Union.

In addressing such challenges as terrorism, extremism, the refugee crisis and human rights violations, the United Nations should adopt new mechanisms and make more rapid adjustments, he said, calling for reform of the Organization as well as the International Monetary Fund (IMF) and the World Bank.  In particular, the role of the General Assembly should be strengthened and the Security Council enlarged to reflect equitable regional representation.

He said Montenegro would organize a regional conference early in 2018 to share the region’s experience in dialogue and mechanisms for conflict prevention and resolution.  Preventing terrorism remained a responsibility for the countries in which it originated, although the international community must provide support, he said, expressing appreciation for the creation of the Office of Counter-Terrorism.  Condemning the nuclear and ballistic missile tests carried out by the Democratic People’s Republic of Korea, he said they violated Security Council resolutions and threatened global security.  Montenegro had adopted the strategy on the non-proliferation of weapons of mass destruction as well as an action plan for its implementation, he noted.

Reiterating support for the Paris Agreement, he pointed out that Montenegro contributed financially to the trust fund of the Intergovernmental Panel on Climate Change.  He also touched on the country’s commitment to promoting human rights, eradicating poverty, empowering women, protecting children, and combating discrimination against the LGBTI population and persons with disabilities.  He quoted the High Commissioner for Human Rights as having cited Montenegro as one of the 33 Member States that issued regular reports on the implementation of international human rights agreements and presented the country’s candidacy for the Human Rights Council in the 2022‑2024 period.

Concerning refugees and migrants, he said Montenegro was ready to contribute to the drafting of the two global compacts, in cooperation with the United Nations High Commissioner for Refugees (UNHCR), and pointed out the need for a comprehensive approach covering the development, security and human rights dimensions.  The United Nations must also reinforce its mechanisms for delivering humanitarian assistance, he emphasized.