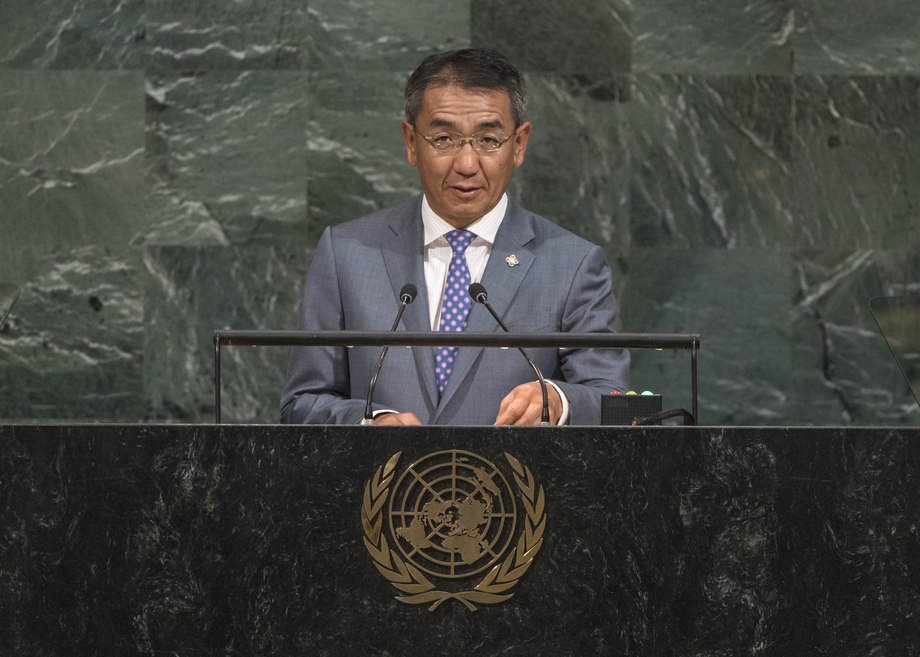 TSEND MUNKH-ORGIL, Minister for Foreign Affairs of Mongolia, said his country was committed to implementing its target of 14 per cent reduction of greenhouse gas emissions by 2030.  In parallel to the 2030 Agenda, Mongolia’s Vision 2030 had integrated the three pillars of development into the Government action plan for 2016‑2020.  He highlighted the challenges facing landlocked developing countries, particularly in the areas of trade and access to markets.  Enhancing connectivity was a priority for all landlocked developing economies, he continued, noting several existing agreements that helped that group reduce trade costs and boost trade.

Mongolia remained committed to engaging its neighbours on transit transportation and infrastructure development, he said.  The China-Mongolia-Russia economic corridor would focus on the implementation of joint projects to increase trade turnover, ensure competitiveness in goods supply and facilitate cross-border transportation.  The three countries were in the process of setting up a trilateral mechanism to coordinate the corridor’s implementation.  Mongolia was keen to work with its partners on energy projects as well.  It was also focusing on improving health-care services and access to education, and ending all forms of poverty.

He expressed concern over the situation on the Korean Peninsula, reiterating that the area must be a nuclear-weapon-free zone.  Dialogue was the only way to solve that threat.  He also called on the international community to support migrants on the move and said he looked forward to the adoption of the global compact for migration in 2018.  Mongolia was a proud contributor to United Nations peacekeeping missions, he continued, adding that its peacekeepers had renovated several schools in South Sudan.  He also expressed his commitment to the eradication of the death penalty, torture and other degrading treatment.