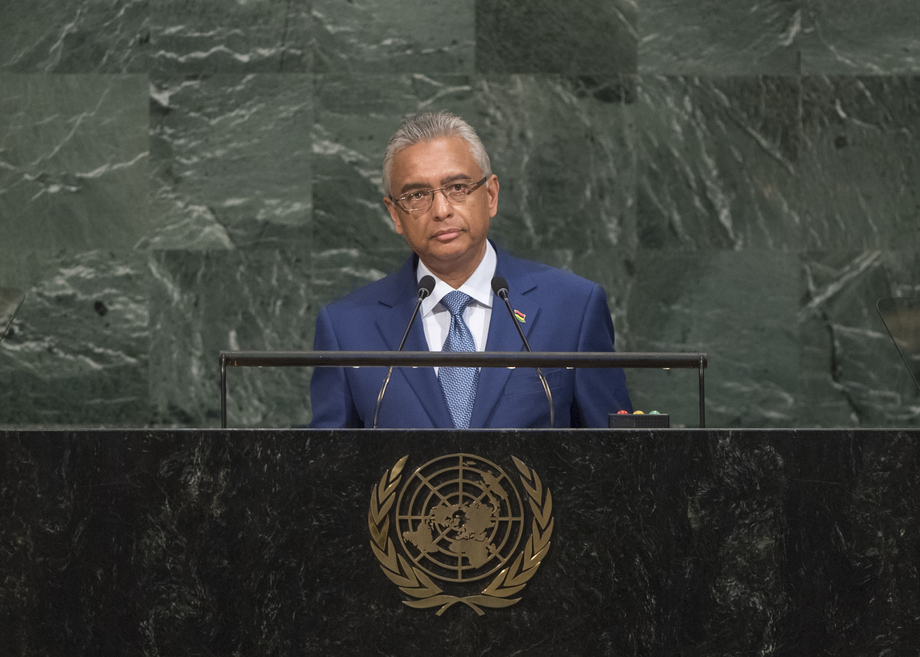 PRAVIND KUMAR JUGNAUTH, Prime Minister of Mauritius, expressed the need for reform of the Security Council so that it reflected the enlarged membership of the Organization.  In particular, Africa should assume a more pronounced role, instead of being left on the side of global governance, he said, also supporting India’s aspiration for a seat on the Council as well as the small island developing States ambition for a non-permanent seat.

Recalling that Mauritius voted in favour of the adoption of the Treaty on the Prohibition of Nuclear Weapons, he called for a complete denuclearization of the world and urged those involved in potential conflicts to engage in dialogue instead of belligerent posturing.  He also called for restraint in Myanmar and appealed for the provision of humanitarian assistance to those affected by violence and the implementation of the recommendations of the Advisory Commission on the Rakhine State.  Furthermore, he supported the two-State solution to the Israeli-Palestinian conflict.  Condemning terrorism, he welcomed the establishment of the United Nations Office of Counter-Terrorism.

He said that his country valued the importance of its integration within Africa and that the continent had the potential of becoming a beacon for sustainable development.  Agenda 2063, along with the 2030 Agenda, provided a strategy for development that was people-driven and respected the rule of law, he added.  In that regard, a mechanism had been established in Mauritius for the implementation of the Sustainable Development Goals and his country would present its voluntary national review in 2018.

Addressing climate change must be given special attention, he continued.  Mitigating its effects as well as implementing the Sendai Framework for Disaster Risk Reduction 2015-2030 would require great resources, especially for small island developing States.  Classification as a middle-income country made States such as Mauritius ineligible for most official development assistance (ODA) and concessional funding, he noted.  Furthermore, as oceans remained a priority to small island developing States, Mauritius had developed an ocean strategy comprising of fisheries, tourism, deep water applications, resource exploration and exploitation.  In that context, he called on the country’s partners to assist Mauritius in implementing that strategy.

Turning to the issue of the Chagos Archipelago, he said Mauritius was hopeful that the International Court of Justice would allow his country to move forward, including with an appropriate programme in favour of the displaced inhabitants.  He added that he had no intention of seeking the disruption of the security arrangements currently in place in Diego Garcia and reaffirmed the country’s willingness to enter into a renewable lease with the United States to allow such arrangements to be kept in place.  Completing decolonization would provide legality and certainty.  With regards to Tromelin Island, he said that his nation appreciated the progress made with France.