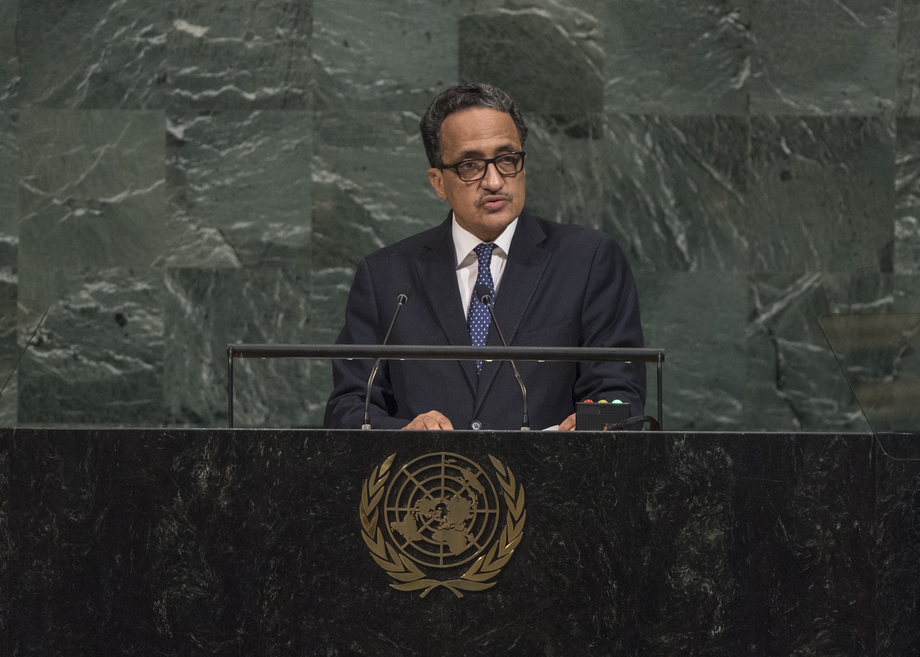 ISSELKOU OULD AHMED IZID BIH, Minister for Foreign Affairs and Cooperation of Mauritania, underscored his country’s pivotal role in maintaining peace and security in the Sahel region.  Despite a complex regional situation, experts had noted its success in dealing with terrorism and extremism while paying due attention to individual and collective rights.  Since 2016 it had also further established democracy and the rule of law.  Illegal immigration had been reduced to zero, while the country hosted more than 60,000 refugees.

Mauritania had played a leading role in establishing the Sahel G-5 and hosted that regional organization’s secretariat, he said.  Slavery had been criminalized and legislation strengthened to address the vestiges of servitude.  Women had acquired greater importance through initiatives that made them more present in all sectors, including those once monopolized by men.  In view of its strategic location, Mauritania had striven to attract foreign investment with policies that sought to guarantee investors’ rights.

He called on the Assembly to work towards the establishment of an independent Palestinian State and for the crisis in Yemen to be settled through support for its President.  Mauritania called on all parties in Libya to redouble their efforts to stand up to armed groups.  In Syria, it urged all concerned parties to reach a settlement.

On climate change, he said shifting sand dunes were destroying agricultural and grazing lands in Mauritania, which was preparing appropriate policies and investing in renewable energy sources.  He noted that Mauritania hosted the headquarters of the 7,000-kilometre-long Great Green Wall from the Atlantic to the Red Sea, benefitting 11 countries.  He said his country hoped all parties to the Paris Agreement would uphold their commitments.  He also said that reforming the United Nations — including the Security Council — was an urgent necessity.