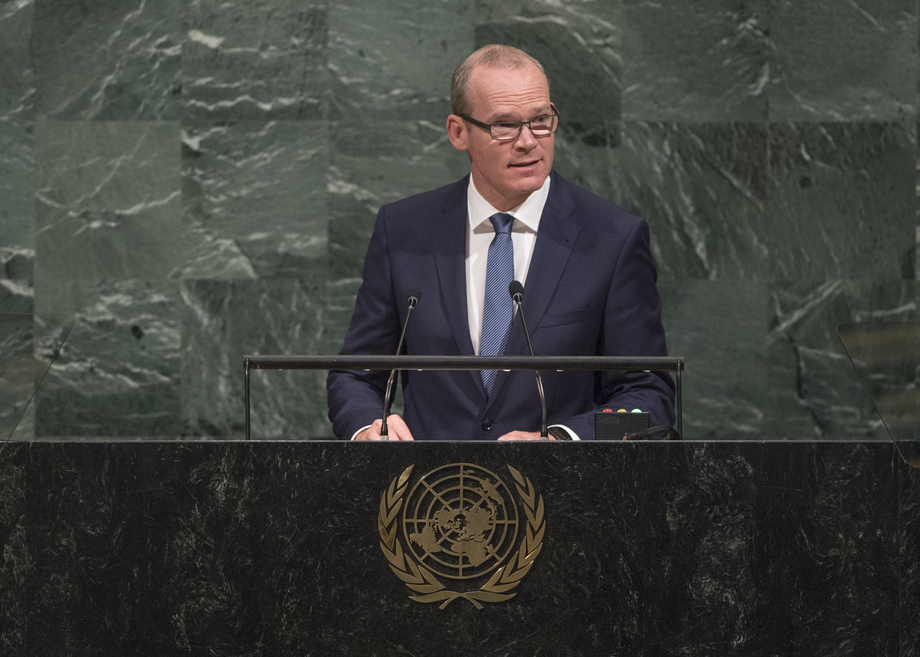 SIMON COVENEY, Minister for Foreign Affairs and Trade of Ireland, said that ever since becoming a Member State sixty years ago, Ireland held faith in the United Nations.  Due to its troubled past, his country always saw the advantages of a rules-based order in international affairs.  When properly mobilized, the United Nations delivered extraordinary results, such as the Paris Agreement on Climate Change.  Indeed, the recent 2030 Agenda for Sustainable Development was a “stand-out achievement” that could break the walls between the three pillars of the United Nations - development, human rights, and peace and security.

However, the Security Council did not reflect the world that had evolved since its founding in 1945, he said, pointing out the obvious need to increase the size of that body and include stronger African representation as well as a seat for the small island developing States.  He also added that as long as the use or threat of the veto remained in place, the work of the Security Council would be impeded, resulting in failures to prevent mass atrocity crimes, as seen in Syria.  The case for reform was not an “academic or institutional question”, but rather a deeper question of “legitimacy and effectiveness”.

Ireland’s commitment to peacekeeping remained strong, being the highest per capita European Union contributor of troops, he continued.  His country was also determined to double the number of women in the defence forces and increase female participation in peacekeeping.  Noting his country’s dedication to the case for the complete elimination of nuclear weapons, he condemned the Democratic People’s Republic of Korea for the recent missile and nuclear weapons testing.  Ireland also supported refugees and vulnerable host communities, responding generously to the Syria and Yemen crises with $100 million in humanitarian aid.  He called for a peaceful and lasting solution of the Israeli-Palestinian conflict and condemned the violence of Myanmar in Rakhine State.  “We are convinced that in today’s globalized world we must live in each other’s shelter, not shadow,” he concluded.