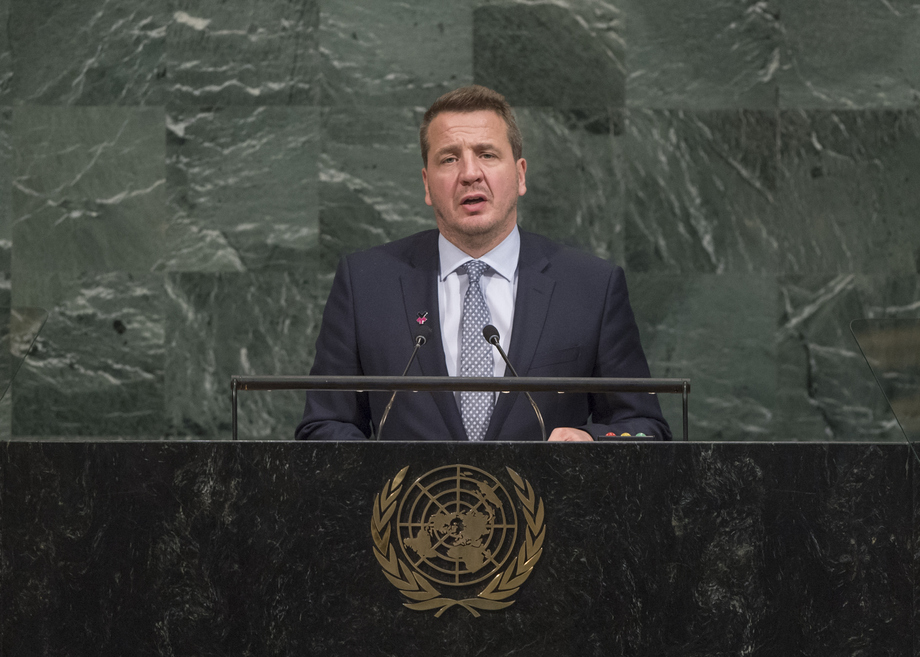 GUDLAUGUR THÓR THÓRDARSON, Minister for Foreign Affairs of Iceland, said that, while the world had never enjoyed so much potential, it also must decide whether it would use it.  “Our task is not easy,” he said, citing the impacts of climate change, terrorism and bad governance.  The international community was obliged to preserve the gains of recent decades, which had been based on science, facts and evidence.  Stressing that policy must continue to be based on those elements, he said the Paris Agreement provided a blueprint to address the threats posed by climate change.  “What happens in the Arctic does not stay in the Arctic,” he stressed, voicing Iceland’s commitment to implementing that accord and reducing emissions alongside its European neighbours.

Warning against assaults on the rule of law by some Governments, he condemned in the strongest terms the actions of the Democratic People’s Republic of Korea.  Chemical weapons use by Syria’s Government against its own people violated international law and demanded a strong global response.  Pointing to the challenges stemming from the refugee crisis, disregard for Ukraine’s sovereignty and territorial integrity, and protracted conflict, he encouraged the Security Council to consider long-term perspectives in its mandates.  At the heart of violent extremism lay underdevelopment, he said, pointing to the 2030 Agenda as a “remarkable achievement” that could reverse those trends.  Meanwhile, the “disease” of disregarding human rights was spreading, and he expressed deep concern over the violations of the rights of the Rohingya in Myanmar.

Iceland strongly supported both the United Nations Entity for Gender Equality and the Empowerment of Women (UN-Women) and the United Nations Population Fund (UNFPA), he said, along with its focus on women’s reproductive health and rights.  Noting that Iceland had become one of the wealthiest countries in Europe, he said its “rags-to-riches” path was a textbook example of the power of free trade.  He urged the international community open its markets, allowing poor countries to trade freely with all consumers.  Free trade also meant forming relationships and promoting interactions between peoples, regardless of colour or religion.  As the richest markets remained closed to poorest, it was incumbent on the international community to support developing nations.  Iceland supported a fair, rules-based international trading system under the World Trade Organization (WTO), and efforts to address the migration crisis grounded in human rights, he said, noting that “how we address this crisis will define us for future generations”.