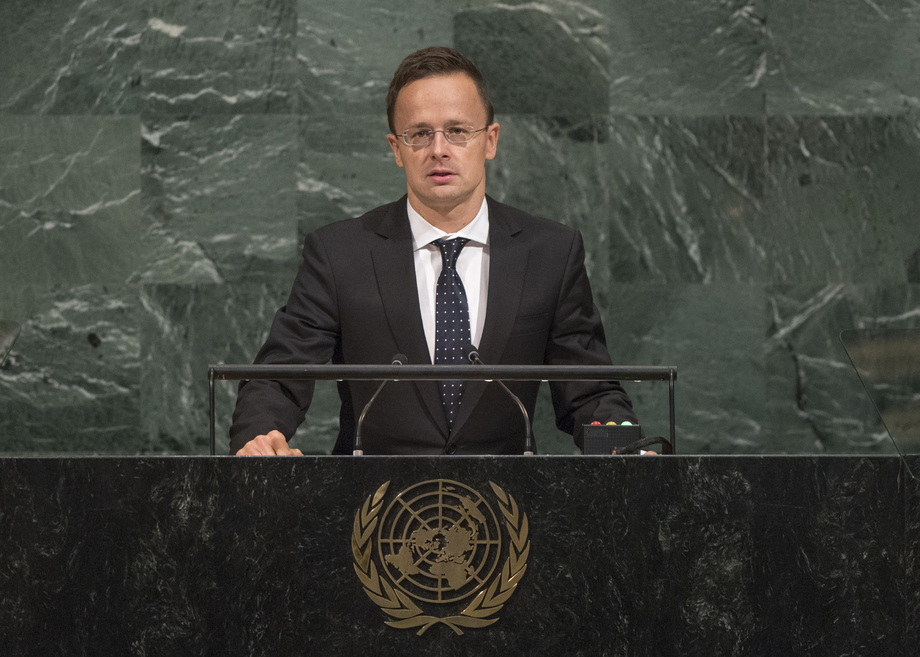 PÉTER SZIJJÁRTÓ, Minister for Foreign Affairs and Trade of Hungary, said Europe was on the front line of the migration crisis and its consequences.  Western Europe used to be the most secure and safest region globally.  A couple of years ago, events in the Middle East would not have happened in Europe, but the current fear of terrorist attacks was now a part of daily life — a direct consequence of the massive influx of illegal migrants over the last two and half years, he said.

Some 1.5 million illegal migrants had entered the European Union without any control, he said, which had given terrorist organizations the chance to send their fighters to the continent.  Former social integration procedures in Western Europe had failed.  Some integration processes of former migrants had been unsuccessful, and in many places, parallel societies had been constructed.  After the barbaric terrorist attacks in Europe and massive violations of international law, there were still leaders of international organizations and representatives of large countries who emphasized that migration was favourable and to be encouraged.

That was unacceptable and irresponsible behaviour, he said.  Encouraging migratory waves had only placed thousands of people into danger.  All States had a fundamental right to guarantee security for their people and to protect their borders.  He recalled that Hungary was a Christian country that was obliged to help people in need.  The rights of people must be restored where they had been violated, he said, and people must be helped to return home as soon as possible.  The solution to the migration crisis was in tackling the causes of conflict and stopping terrorist organizations.