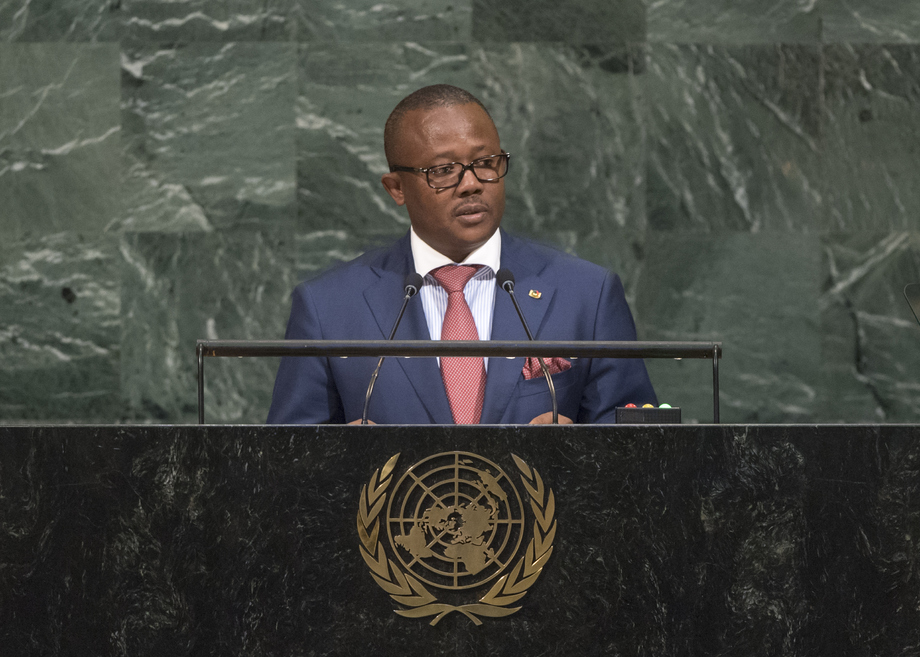 UMARO SISSOCO EMBALÓ, Prime Minister of Guinea-Bissau, said his Government was committed to working with the United Nations and other international partners to achieve peace and stability in the country.  While his country faced significant political and institutional challenges, it had made strides in areas such as protecting public safety and ensuring that State, civil society and financial institutions functioned.  Nonetheless, he remained confident that those challenges could be met with the support of the United Nations, ECOWAS, the Community of Portuguese-speaking Countries and the African Union.

Addressing the issue of security, he said that terrorist activities in Burkina Faso, Mali, Niger, Côte d’Ivoire and Nigeria had threatened the stability of the West African subregion.  Countries in the subregion had to count on the United Nations and its international partners for help.  “Only if we worked together will we be able to transform our subregion into a bastion of peace and internal security and, by extension, a bastion in the service of international security,” he said.

Turning to sustainable development, he said that that item remained a challenge for his State.  Guinea-Bissau had made a grave economic mistake in the past by importing large volumes of rice, and had become dependent on those imports.  On the social front, diseases such as AIDS, malaria and other infectious diseases remained pressing issues.  He acknowledged that his country would not be able to overcome those challenges alone and required the support of the United Nations.

Concluding, he said that Guinea-Bissau had worked to achieve gender equality; however, it was far from achieving its goal of protecting the rights of women.  “I hope that all the political, economic and social actors in my country will continue to converge on legitimate advocacy for women’s rights and in general for the promotion of human rights in Guinea-Bissau.”