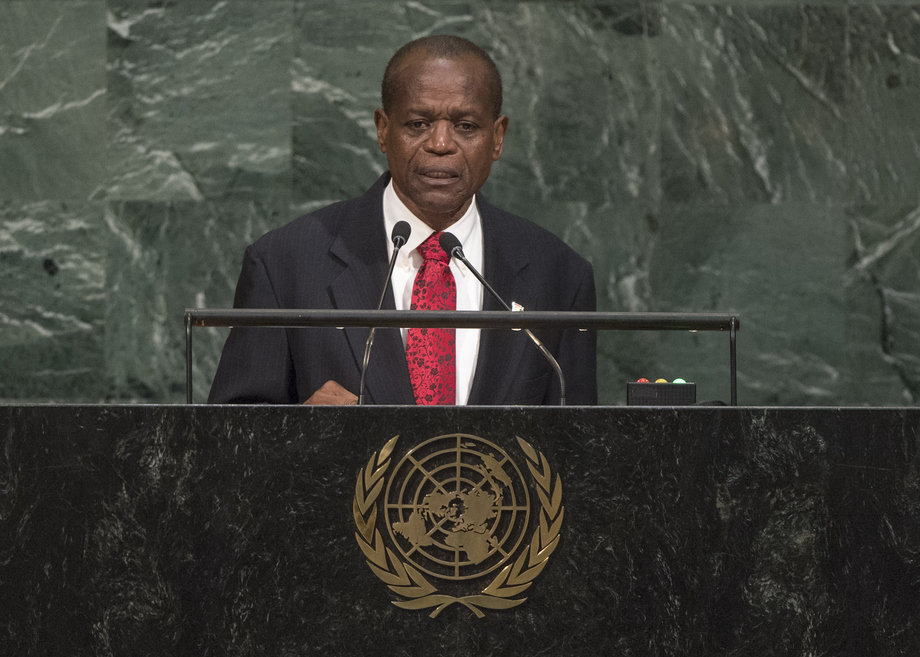 ELVIN NIMROD, Minister for Foreign Affairs of Grenada, imploring the international community to recognize, without delay, the collective responsibility to assist all those affected by natural hazards, emphasized that the reality of climate change, as seen in recent activities, could not be disputed.  In fact, 97 per cent of climate scientists had agreed that climate-warming trends over the past century were due to human activities.  As Chair of the World Bank’s Small States Forum, Grenada had lamented the recent withdrawal of a key partner in the Paris Agreement.  His country was aiming to be the “beacon of sustainable development” for maritime States around the world, an achievable project due to its small size.  CARICOM had called for measures to develop sustainable ocean-based economies in the Caribbean.

Small States like Grenada and other CARICOM countries had to battle with threats to their access to financial markets, he continued.  The International Monetary Fund (IMF) recently noted that correspondent banking relationships had decreased with a resulting negative effect on global trade and economic activity.  Added to that was also the unilateral and often unfounded blacklisting of the Community’s institutions as money-launderers and those countries as tax havens.  However, Grenada had signed tax information exchange agreements with 14 countries since 2010.  “It pains us as policymakers when we expend our limited resources to comply with rules only to face arbitrary punishments when we are quite evidently doing our best,” he said.  Progress had been made with his country’s successful structural adjustment programme.  As well, investment, both foreign and local, was at its highest levels in recent years.

Condemning the proliferation of nuclear weapons, he pointed out that $105 billion had been spent each year on nuclear weapons, and called for a shift from destruction to sustainable construction.  He said that Grenada remained preoccupied by the recent developments in Venezuela.  In his capacity as Chair of CARICOM, Grenada’s Prime Minister had offered in helping to mediate discussions between the Government of Venezuela and the opposition.  Grenada’s approach must be impartial, and would encourage meaningful dialogue on the premise that the Venezuelan people could come together to safeguard their future.