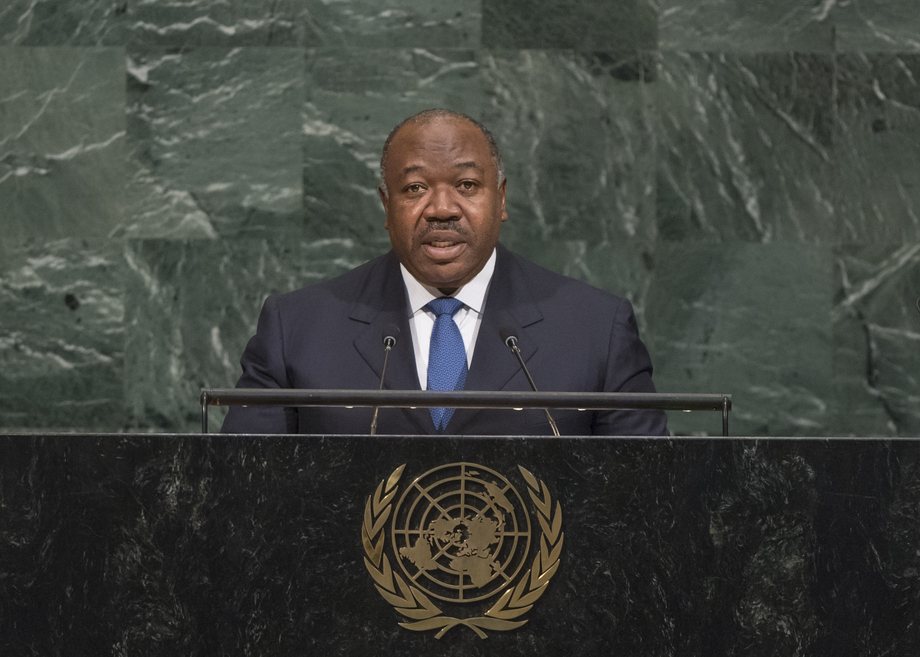 ALI BONGO ONDIMBA, President of Gabon, said peace at the international and national levels was essential to ensuring development and the participation of all in democratic debate.  For its part, Gabon had convened a political dialogue in which leaders had candidly discussed national issues and needed reforms, notably for elections, voting systems and electoral procedures.  Importantly, “we have worked to implement the conclusions of this political dialogue”, he said, recalling that Gabon had recently formed a new Government with representatives from the opposition and civil society.

On the issue of sustainable development, he stressed that predictable and long-term financing was essential.  With that in mind, his Government had introduced policies that sought to diversify the national economy, and thereby reduce the country’s dependence on extractive industries and commodities.  Policies would also aim to accelerate industrialization and create jobs.

Noting that Gabon had felt the impact of the global economic slowdown, and in particular, experienced increased youth unemployment, he said that to address those challenges, the Government had introduced an economic recovery plan and budgetary adjustments to develop infrastructure and promote the private sector.  At the same time, efforts to integrate African economies should continue, as they would allow countries to better handle vacillations of the global economy.  Amid such challenges, Gabon was committed to ensuring that every citizen had equal opportunities and resources, and a better quality of life.  Measures had been introduced to reduce the prices of basic goods, build new university hospitals and ensure women’s empowerment.

Gabon was also committed to protecting the environment, given the urgency of climate change, he said, noting that the country had 20 marine protected areas and 30 national parks.  It also had introduced measures to protect its forests and prevent poaching.  Turning to peace and security in Africa, he said no efforts should be spared in the fight against terrorism.  Military responses alone were not enough; cooperation between States and solidarity with victims was needed, he said.  In a similar context, he stressed the importance of including Africa as a permanent member of the Security Council which would boost efforts to ensure peace on the continent.