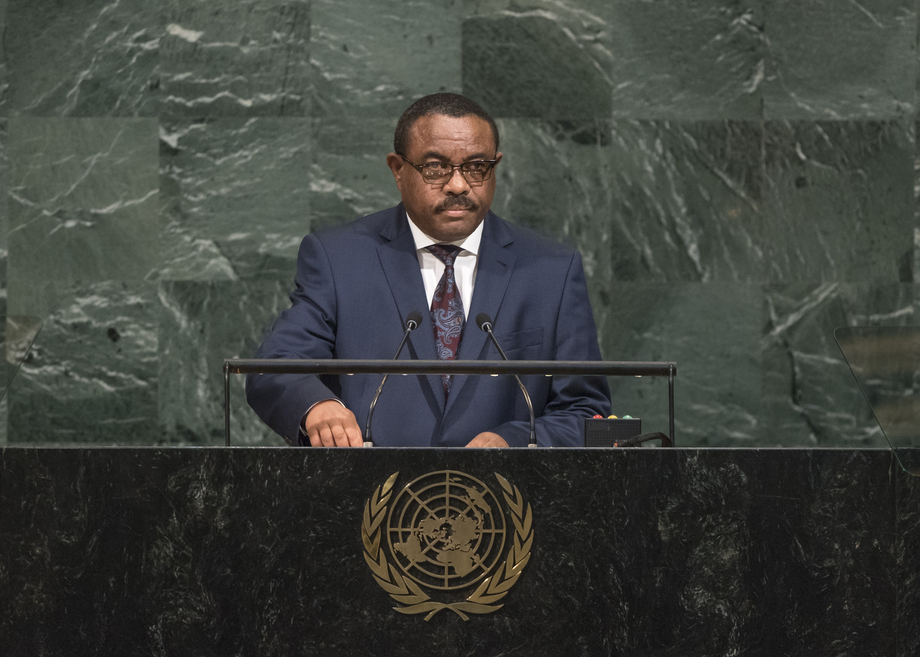 HAILEMARIAM DESALEGN, Prime Minister of Ethiopia, welcomed moves to strengthen the role of United Nations peacekeeping efforts with the aim of addressing challenges to international peace and security.  Geopolitical tensions reminiscent of the cold war had increased, and the proliferation of weapons of mass destruction, terrorism and extremism had continued to wreak havoc across the world.  Global income inequality was not only a development challenge, but a security threat.

Those global challenges would require global solutions and multilateralism, he said.  The United Nations was even more indispensable as it could mobilize the world towards working on the goals of collective peace and prosperity.

Political means, he continued, were crucial to resolving the many conflict and crisis situations around the world, a point which was highlighted in recent peace and security reviews by the United Nations.  He agreed that political means were important to bring an end to the crisis in South Sudan and conflicts in Syria, Yemen and the Korean Peninsula.  Political will and commitment would be required for political parties to find solutions through dialogue and negotiation.  However, there was also a need for stronger global-regional partnerships, and the United Nations could play a leading role in forming those partnerships.

Another point highlighted by the peace and security reviews was the interlinkages between peace, security and development, he said.  “More peaceful and inclusive societies create an environment conducive to sustainable development.  Sustainable peace is both an enabler and an outcome of sustainable development,” he explained.  In recent years, countries had shown commitment to achieving sustainable development by supporting the 2030 Agenda, the Sustainable Development Goals and the Paris Agreement.  However, those efforts had fallen short of expectations.  The global situation had not been conducive to implementing the Goals.  Despite challenges, Ethiopia had pressed ahead in introducing policies to reduce poverty, enhance quality of life and boost economic growth.

Apart from poverty, he said Ethiopia was also grappling with climate change, and in that regard he called on countries to act decisively to address that issue.