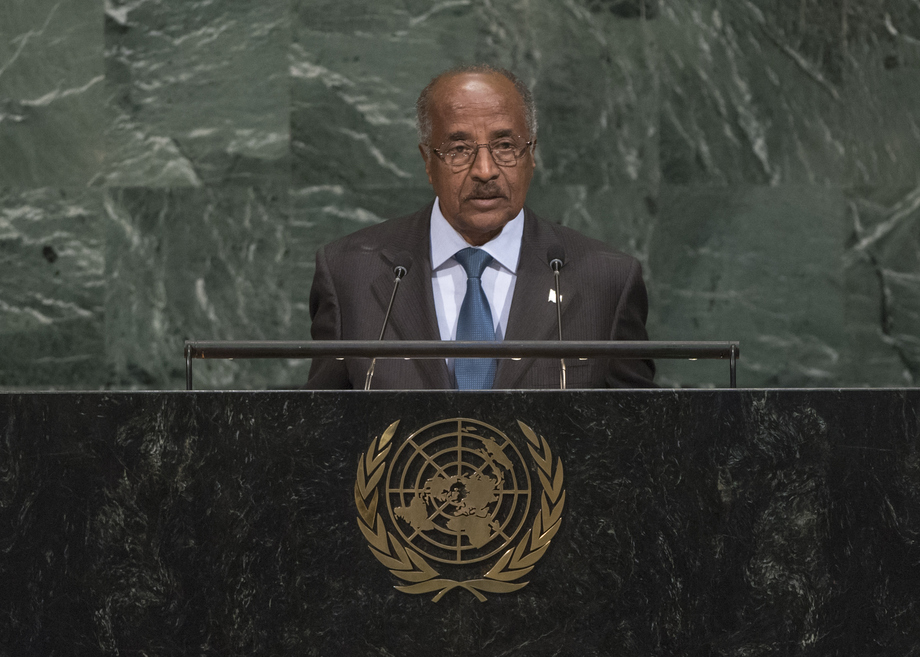 OSMAN SALEH MOHAMMED, Minister for Foreign Affairs of Eritrea, said the world was increasingly fragile, unjust and unequal.  The majority of nations and their citizens had no power, no voice, no means for a decent life and, often, no peace and security.  “We may be called the United Nations, but the reality is that we are divided nations and societies,” he said.  Developing countries and marginalized peoples owed it to themselves and future generations to build solidary and strive for a better world.

While there had been some progress in Africa, talk of an “African renaissance” with fast-growing economies was misplaced and premature, he said.  Only when its economies, its institutions and its quality of life better reflected its great potential could Africa be said to have taken its rightful place in the world.  Eritrea was a young, strategically located nation with significant human and natural resources, he said, but it had faced the full brunt of an unjust international order.  It had been demonized, ostracized and severely tested.  Nevertheless, it was quietly engaged in comprehensive nation-building, pursuing an ambitious development programme that relied first on its people and domestic resources.  Eritrea was confident that it would meet the Sustainable Development Goals ahead of time, he said.

Emphasizing that Eritrea would engage with all countries, including those with which it differed, he said that its political, economic, social and diplomatic path would be smoother and easier if external obstacles were removed.  In that regard, Eritrea called on the Security Council to lift unfair and unjust sanctions imposed for the past nine years.  “There is no justification for them to continue and they do not serve any useful purpose,” he said.  The Council must also ensure an end of Ethiopia’s 15-year occupation of sovereign Eritrean territory, which was a violation of international law and several United Nations resolutions, he added.