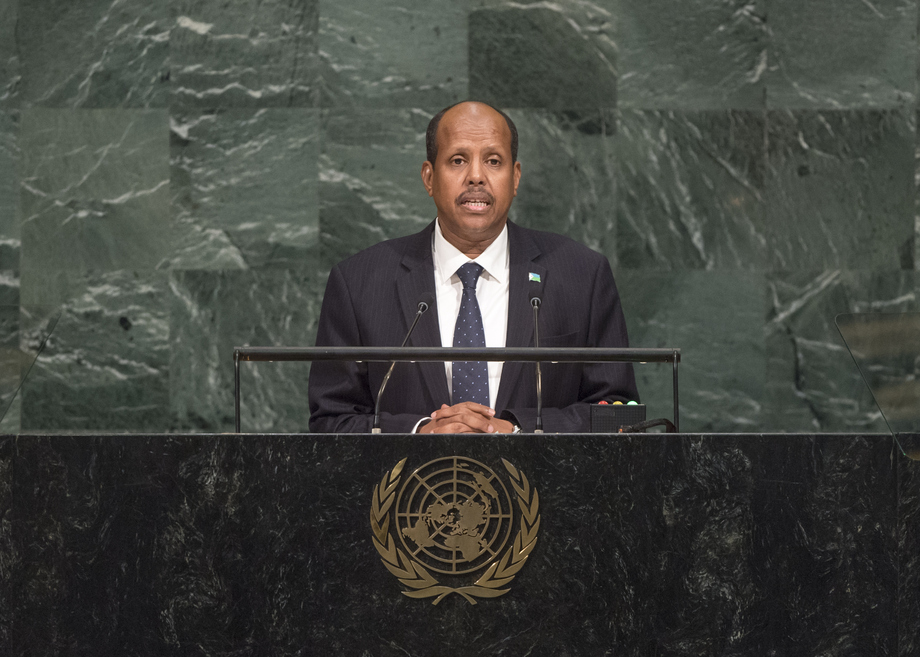 MAHMOUD ALI YOUSSOUF, Minister for Foreign Affairs and International Cooperation of Djibouti, said that while there was disagreement regarding climate science, climate change was an undeniable truth that had created one crisis after another.  Collective and resolute action was needed to ensure that such challenges were overcome, including through the full and timely implementation of the 2030 Agenda.  Africa and the least developed countries should be a priority for the United Nations, as they were the “battleground” where the Development Goals would be won or lost.  Increased and innovative financing was required.

For their part, developed countries must uphold their official development assistance (ODA) pledges, he said, calling for a global trading system that was people-centred and climate-friendly, and the creation of proper evaluation tools to determine progress in the pursuit of sustainable development.  The absence of peace was the biggest obstacle to development.  Stressing that conflicts gave rise to food insecurity, he pressed the United Nations to step up its efforts on conflict prevention and peaceful dispute resolution.  The emergence of terrorist groups had led to unprecedented violence and the spread of ideologies that weakened social fabric.  He hailed the creation of the new United Nations Counter-Terrorism Office in that context.

Welcoming the dynamics created by the election of a new President and formation of a new Government in Somalia, he underscored the need for greater international support to that country, expressing regret over proposals to reduce funding for the African Union Mission in Somalia (AMISOM).  He also expressed regret over the slow implementation of the 2015 peace accord in South Sudan, reiterating that there was no military solution to the conflict there and advocating for inclusive dialogue to foster a return of peace.  More broadly, he expressed great concern about tragedies taking place in Yemen, including famine, cholera and the grave political deadlock.  Only dialogue would bring peace back to Palestine, he said, where people had suffered for too long.  He said Djibouti lamented the fate of the Rohingya people in Myanmar, and went on to urge Eritrea to accept mediation efforts to demarcate the disputed border, foster dialogue and stop actions that had destabilized the country.