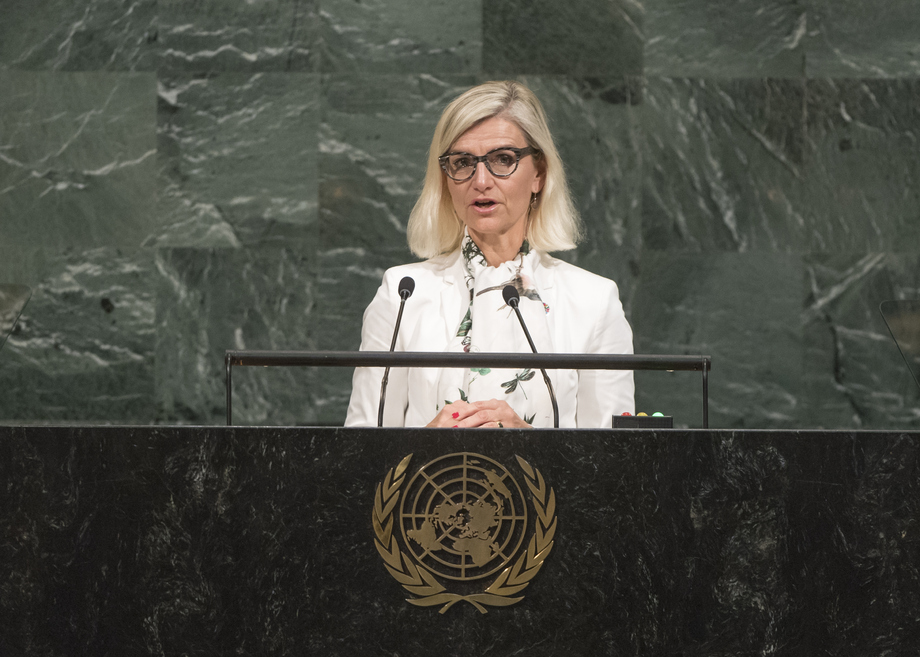 ULLA TØRNAES, Minister for Development Cooperation of Denmark, said that, more than ever, leadership and common purpose were needed to steer the United Nations in a new direction.  “Fundamental and ambitious reform is the only way forward,” she said, explaining that Denmark’s commitment to international cooperation through the United Nations was a reason why it was running for a seat on the Human Rights Council for the 2019-2021 term.  She called on all developed countries to join Denmark in providing 0.7 per cent of their gross national income to ODA.  She voiced support for the Secretary-General’s proposals to reform the United Nations development system.  In that regard, partnership with the private sector, civil society, academia and innovators — and ensuring equal opportunities for women — would be crucial, she said.

Turning to the Democratic People’s Republic of Korea’s nuclear and missile tests, she said Denmark strongly condemned Pyongyang’s irresponsible behaviour.  The regime there must de-escalate the current situation and commit to a peaceful solution, in line with Security Council resolutions.  In Myanmar, violence in Rakhine State must stop, she said, welcoming the Government’s commitment to implement the Advisory Commission’s recommendations.  Denmark stood ready to help Myanmar and Bangladesh in pursuing integrated humanitarian and development solutions for affected areas.

She welcomed the Secretary-General’s vision for the Organization’s peace and security architecture, saying Member States had an obligation and a shared interest in supporting them so that the United Nations could fulfil its purpose and promise.  “The time for bold ambitions is now,” she said.  Failing to support reforms would mean continued international turmoil and unprecedented levels of displacement, she added.