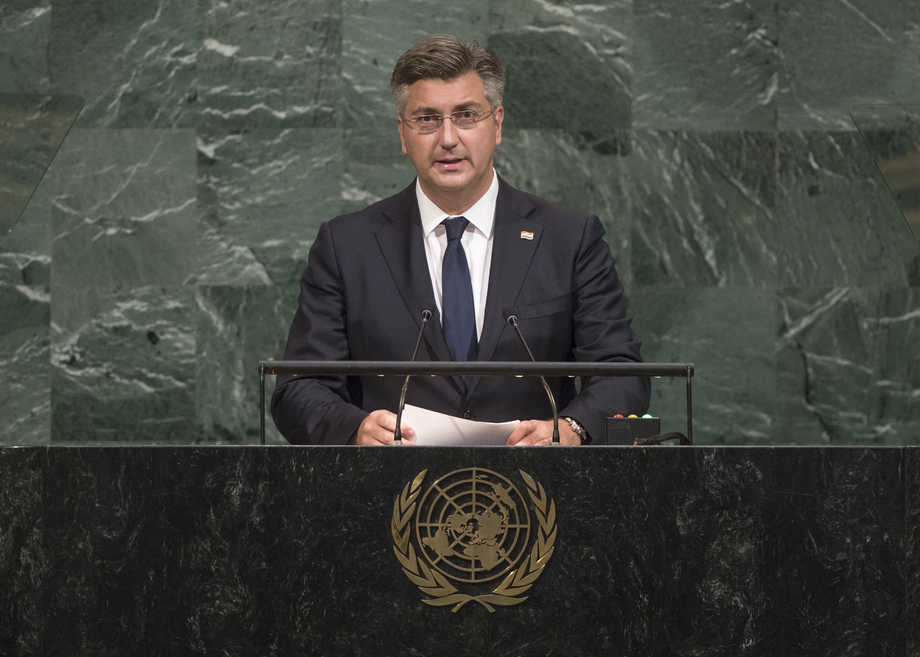 ANDREJ PLENKOVIĆ, Prime Minister of Croatia, said open and transparent institutions were essential to achieving peace and justice.  That would require an active and informed citizenry, which held Governments accountable.  “Such citizen involvement brings a welcome mix of representative and participatory democracy.  By bringing forward substantiated arguments and avoiding superficial and misleading populism,” he added.

Maintaining peace and stability was something which Croatia had worked hard to achieve, he said.  In just 20 years, it had built State institutions and re‑established territorial integrity.  He added that as a beneficiary of a United Nations peacekeeping mission, Croatia was ready to share with other countries its unique know-how in conflict resolution.  However, the focus should still be on conflict prevention rather than acting after tensions had erupted.  It was essential that the Organization developed tailor-made solutions, which came from feedback received from the ground.

He welcomed the Secretary-General’s commitment to reform the United Nations to make it more efficient and transparent.  Ensuring that the permanent and non‑permanent membership of the Security Council was more regionally balanced was also crucial, particularly that of Eastern European countries’ representation.

On the issue of refugees and mass migration, he stressed taking a holistic approach to addressing root causes while stemming the illegal flows of people.  Those efforts, however, should be underscored by the need to protect humanity, dignity and safety.  Croatia too had grappled with acute refugee and migration crises in the past.  “The approach we always took, and always will, will be one that puts people first,” he added.

He also highlighted that disputes among countries should be resolved through peaceful means and conformity to international law.  It was important that all international adjudicators met the highest legal standards.  He said the impartiality of international adjudicators and tribunals was compromised in the arbitration process between Slovenia and Croatia.  “That made the decision legally void and left Croatia with no choice but to withdraw from the arbitration process,” he said.