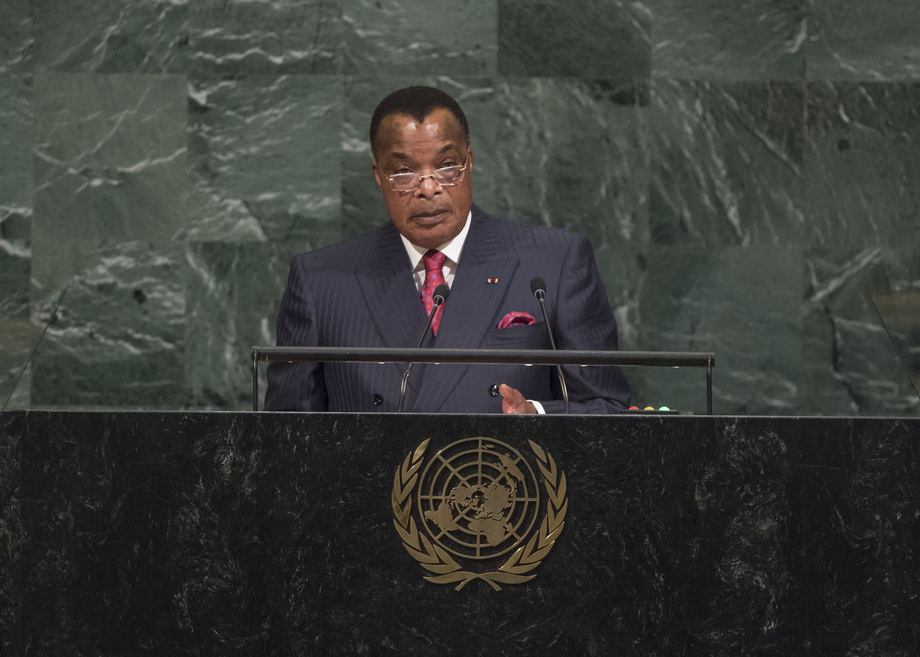 DENIS SASSOU NGUESSO, President of Congo, expressing condolences to the people and Government of Mexico, noted the many challenges facing the international community, including the spread of terrorism, increased tension on the Korean Peninsula, the situation in Syria, the Israeli-Palestinian conflict and crises in Africa and elsewhere.  Nothing constructive or sustainable would emerge without peace.  On 19 October, Congo would host the seventh summit of the International Conference on the Great Lakes Region as well as the high-level meeting of the follow-up mechanism of the Peace, Security and Cooperation Framework for the Democratic Republic of Congo and the region, which were opportunities to consider ways and means to resolve crises in Africa, he said.

The peace process in the Central African Republic was moving forward apace, with implementation of a road map for peace and reconciliation expected to give new impetus for stability, he said.  The quest to resolve the crisis in Libya was moving in the right direction, with the 9 September meeting in Brazzaville of the African Union high-level committee on that country.  His country would work unstintingly for peace in Libya and the international community must support initiatives in that regard.

Poverty would remain a global challenge until the cycle of dependency and the dramatic impact of climate change were halted, he said.  There must be a global response based on joined-up action.  Global stability depended on a new paradigm and greater solidarity.  Underscoring the connection between migration and climate change, he said action must be taken to stem the resulting exodus and to save the lives of thousands of Africans.

Climate change was a truly global challenge and the commitments made in the Paris Agreement must be honoured, he continued.  It fell on the collective consciousness of humankind to express compassion and solidarity with those who had fallen victim to the harmful consequences of climate change, as demonstrated by Hurricane Irma as well as flooding and landslides in Asia and several African countries, particularly Sierra Leone.  He called on the international community to support Congo’s initiative to establish the Congo Basin Blue Fund to protect the world’s second largest “green lung” after the Amazon.

The proliferation of counterfeit medicines was a growing threat, particularly in developing countries, he said.  According to the World Health Organization (WHO), such medicine was responsible for 800,000 deaths every year.  Ten per cent of the world’s medicines, and as much as 60 per cent of medicines in some parts of Africa, were thought to be counterfeit.  Vigorous action must be taken at the General Assembly to elaborate a global strategy to combat that threat, he said, calling for an unwavering commitment by all countries to focus on that issue and to provide substantial financial resources to address it.