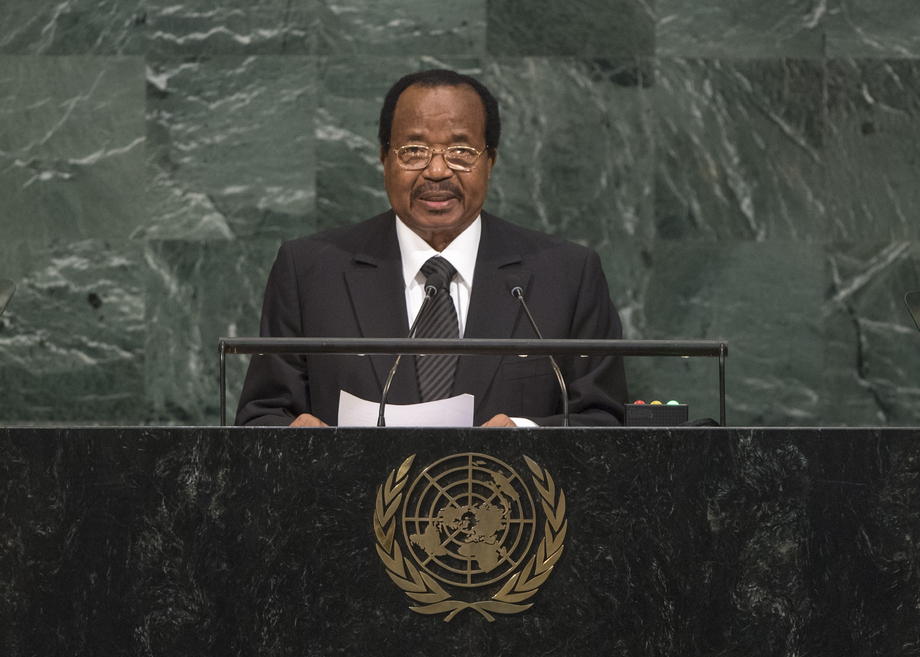 PAUL BIYA, President of Cameroon, said peace was a prerequisite for sustainable development, yet it was under threat from terrorism, conflict, poverty and climate change.  No country had been spared by the scourge of terrorism.  Frequent attacks in places such as Barcelona, Ouagadougou, Baghdad and Paris had unfortunately made terrorism part and parcel of daily life.  Cameroon and its neighbouring countries had borne the brunt of terrorist group Boko Haram’s constantly changing methods and tactics.

“It is killing our people, our communities, our independence and our democracy,” he explained.  “It spells the end of peace.”  Cameroon therefore looked forward to the arrival of a United Nations high-level mission to the Lake Chad region.  He went on to condemn conflicts in Africa, Asia, Latin America and the Middle East which had wreaked pain and hardship and led to an outpouring of refugees and displaced persons.  Cameroon would continue to host refugees from the Central African Republic and Nigeria as it “understands how much they feel hurt, victimized and threatened”.
He said the numerous declarations and resolutions on development adopted by the United Nations had not been fully effective in reducing poverty.  “The result is clear:  poverty persists and the gap between rich and poor countries is ever widening,” he said.  “The situation has been exacerbated by the decline in commodity prices.”  There was a need for countries to work in solidarity to reduce poverty and help people lead a decent life.

Damage to the environment was also a serious threat.  He said Africa faced two major environmental challenges:  forest degradation in Central Africa and the desertification affecting Lake Chad, which had lost already 90 per cent of its surface.  Those issues could be better heard with greater representation of Africa on the Security Council, he said.  “Is it not high time we restructured the United Nations to give more weight to Africa’s voice within a revitalized General Assembly and a Security Council that is more receptive and equitable to us?”, he asked.