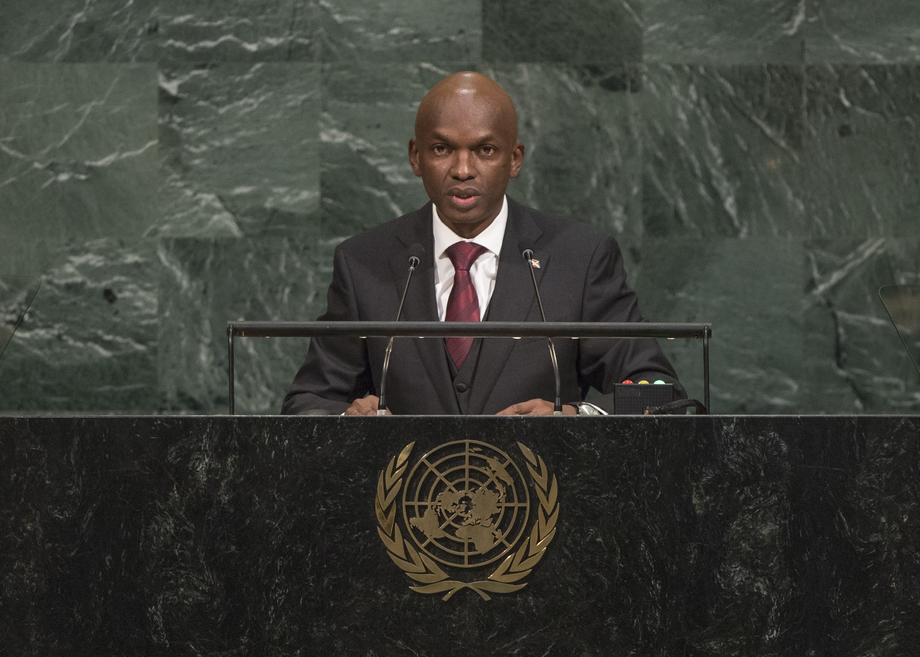 ALAIN AIMÉ NYAMITWE, Minister for External Relations and International Cooperation of Burundi, said patience was a virtue that climate change did not respect.  No State could shirk their responsibility to implement their commitments under the Paris Agreement, regardless of their size or place on the map.  Action must be taken today because tomorrow would be too late.  For his country, achieving the 2030 Agenda and the Vision Burundi 2025 programme depended on cooperation from friendly States and other international partners.  Unfortunately, European Union sanctions on Burundi were depriving it of considerable resources.  Sanctions imposed unilaterally on developing States, particularly those in Africa, must be prohibited, as they perpetrated traditional injustices and violated the sacred principle of sovereignty, he said.

Joint efforts must be made to tackle the root causes of population displacement, particularly by young people, from the South to the North, he said.  The reasons underlying apocalyptic scenes on the Mediterranean must be understood, he said, expressing regret that such migration was being accompanied by a resurgence of racism.  Emphasizing that all Member States were sovereign, he called for restraint on the part of some States which, in the twenty-first century, still believed they were entitled to intervene in the internal affairs of other States, particularly those in development.  Burundi thanked the Security Council for reaffirming, through its resolutions and presidential statements, respect for the country’s sovereignty.  Non-interference in internal affairs, and respect for the territorial integrity and sovereignty of States, were pillars of an equitable international system.  They conformed with the principles of the United Nations Charter and they were non-negotiable, he said.

For some time, human rights had been another tool of domination, used by some States in a way that risked diverting the Human Rights Council away from the objectives assigned to it by the General Assembly, he said.  In that regard, the Commission of Inquiry on Burundi was the latest demonstration of the way some cliques of States manipulated the Council’s mechanisms.  On refugees from Burundi, he reiterated his Government’s call for them to return, thanked the Office of the United Nations High Commissioner for Refugees (UNHCR) and the International Organization for Migration (IOM) for helping to facilitate returns, but called for some UNHCR staff to refrain from indoctrinating some refugees against returning.  Noting that Burundi was the second-largest troop contributor to AMISOM, he said his State was troubled by a continued reduction of support for that Mission.  Concerning United Nations reform, he said it was time to correct past injustices and permit the equitable participation of all continents on the Security Council.