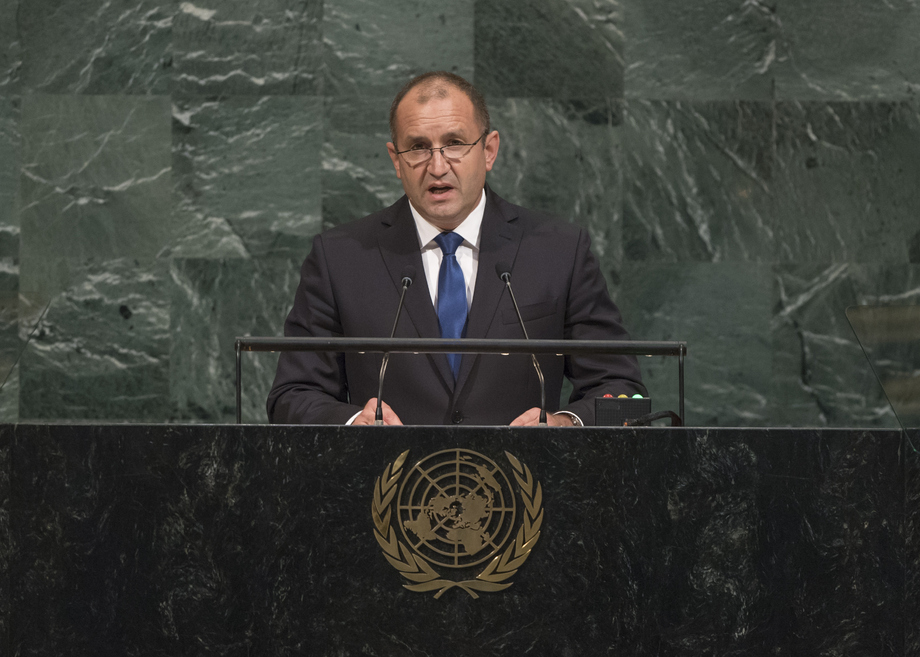 Recalling that the Organization’s peace and security architecture had recently been through three review processes, he said that, together with the 2030 Agenda, they provided a solid foundation for achieving peace and prosperity.  Voicing support for a “surge in diplomacy for peace” that prioritized prevention in the United Nations work, he said such efforts must also address the root causes of forced displacement by bringing together humanitarian, development and peacebuilding.  The international community should not be distracted from the urgent need to revive the Middle East peace process, he said, calling the two-State solution the realistic, just and lasting path to settling the Israeli-Palestinian conflict.  A solution that fulfilled the aspirations of both sides could only be achieved through direct negotiations with no conditions and in conformity with relevant international obligations.

In Syria, he said a credible political transition was essential for preserving the country’s sovereignty, independence, unity and territorial integrity.  A political dialogue under United Nations auspices was the only way to improve Syria’s security situation and resolve its humanitarian crisis.  Citing the volatile situation in eastern Ukraine as another source of deep concern, he called for the swift and full implementation of the Minsk Agreements, which had no viable alternative.  Bulgaria was fully committed to the peace and stabilization process in Afghanistan, he said, reiterating its commitment to the Nuclear Non‑Proliferation Treaty.

The Joint Comprehensive Plan of Action was of “historic significance”, he said, and its implementation was critical for regional and global stability.  He condemned the repeated nuclear tests and missile launches by the Democratic People’s Republic of Korea.  Urging that country to end its nuclear and ballistic‑missile programmes in a complete, irreversible and verifiable manner and to engage in dialogue with the international community, he also called for a “balanced approach” to addressing migration that respected international humanitarian and human rights law and effective border management and readmission.  States had both rights and responsibilities in that regard, and the effective management of the European Union’s external border — allowing for the smooth functioning and free movement within the bloc — was a priority for Bulgaria.

Calling climate change “one of the biggest challenges of our time”, he expressed Bulgaria’s commitment to the Paris Agreement and a universal approach to its implementation.  Additionally, Bulgaria served as co-Chair of the Group of Friends of Children and the Sustainable Development Goals and as President of the Conference of States Parties to the Convention on the Rights of Persons with Disabilities for 2017-2018.  It was putting forward its candidacy for membership on the Human Rights Council for the period 2019‑2021.