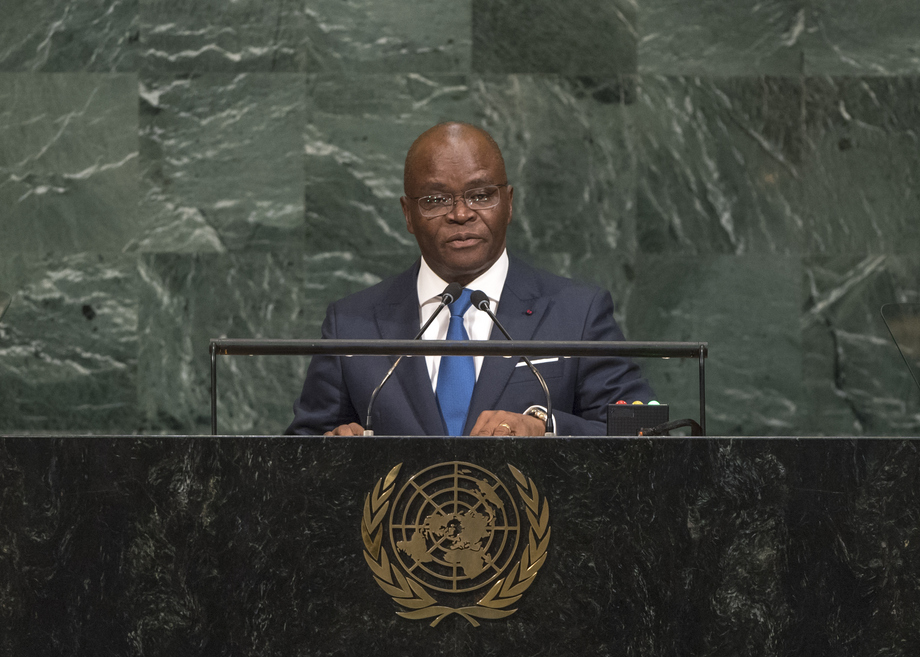 AURÉLIEN AGBENONCI, Minister for Foreign Affairs of Benin, said efforts must be pooled to guarantee sustainable development for all.  For its part, Benin had drawn up a national road map that took into account its demographic dividend.  Projects focused on strengthening human capital, ensuring health insurance and protecting the environment.  Benin was also spearheading efforts in research on the sustainable development of agriculture in Africa.

On climate change, he called the Paris Agreement a necessary instrument, adding that it had been many decades since the world faced so many crises.  In many places, peace and rule of law was under threat.  Attacks against multilateralism, and therefore the United Nations, were part of the “dangerous trend which we must reject”.  In that context, the African Union must reform to meet emerging challenges.  Meanwhile, United Nations reforms, particularly the Security Council, must reflect a democratic nature.  He said that Africa was the only continent not represented in the category of permanent members.

On the Middle East, he said the creation of the Palestinian State living side by side with Israel would undoubtedly reduce tensions in the region.  He also expressed support to creating a nuclear-weapons-free zone in the Middle East.  Benin would remain committed to supporting the United Nations, which remained a unique forum for dialogue and action.