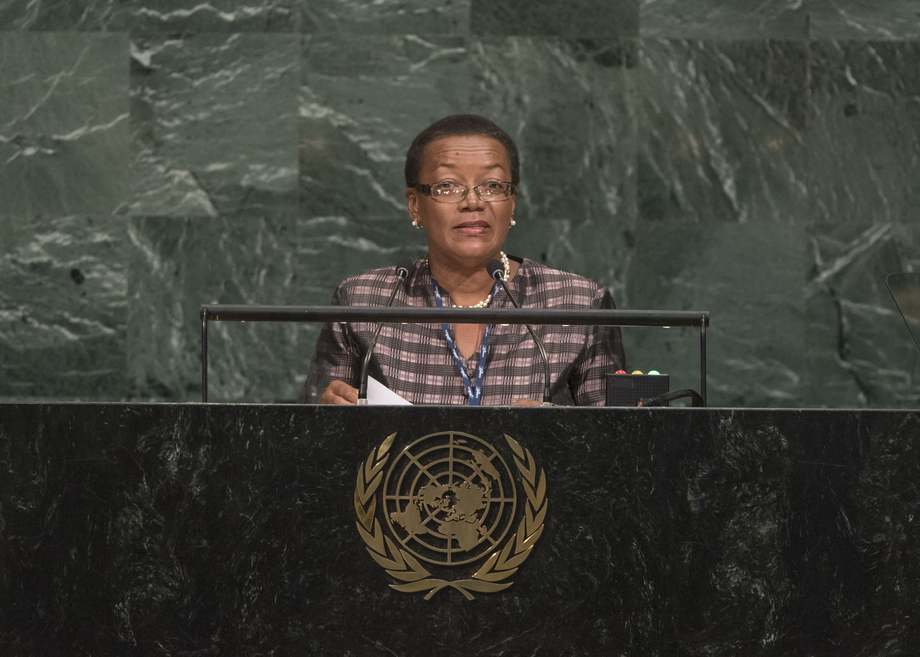 MAXINE PAMELA OMETA MCCLEAN, Minister for Foreign Affairs and Foreign Trade of Barbados, called attention to the vulnerability of small island nations in the face of unchecked climate change.  The Caribbean was at the epicentre of the global climate crisis, she said.  For Barbados and other small island nations, climate change had become a matter of “life and death”.  In light of a devastating hurricane season, she called on the Secretary-General and World Bank to convene a pledging conference to assist affected countries.  While there was a moral obligation to assist, she noted “persistent challenges” faced by the region when trying to access resources to protect their citizens.  The label of “middle-income country” was also a barrier to much needed assistance, she said.

She said that the impacts of climate change affected major economic sectors, including tourism.  Damage in the Caribbean extended to the outbreak of diseases and biosecurity had to be a part of emergency response.  Constant cycles of recovery and rebuilding were serious impediments to sustainable development, she said.  To build resilience, Barbados was focusing on developing a resource-efficient green economy.  It was actively investing in education and health to ensure inclusive development.  Special attention was being given to vulnerable sectors of society, she assured.  Because of their inherent vulnerabilities, small island States had to be “special cases for sustainable development”.

Multilateralism was the path towards combating global threats, she said, adding that transnational crime presented challenges for Barbados.  She pointed to regional threats to stability, including the long-standing economic embargo on Cuba.  Latin American and Caribbean countries had declared the region as a “zone of peace”, she said, noting her country’s support for the territorial integrity of Belize and Guyana.  Inclusion of all Member States was at the heart of ensuring success of the United Nations.  Reform to the Organization had to be fully transparent, she said, adding that international goals would only be met through cooperation and dialogue.