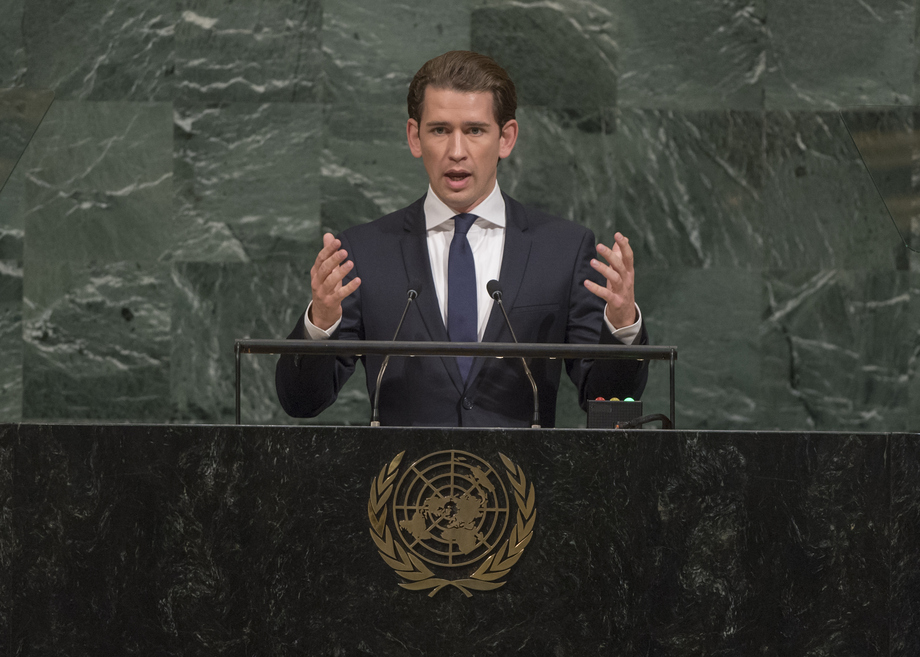 SEBASTIAN KURZ, Federal Minister for Europe, Integration and Foreign Affairs of Austria, said international cooperation was the solution to solve challenges States and institutions faced, ranging from conflicts worldwide to poverty, hunger and climate change.  As holder of the 2017 OSCE Chairmanship, he cited the fight against terrorism and radicalization as a priority for the organization, stating:  “It’s necessary to destroy radical groups where they work, like in Syria and Iraq, but also to fight radicalization within societies with police measures and by protecting the youth.”

Speaking on the migration crisis as a global challenge, he said that support must be provided for countries of origin.  Over the past four years Austria decided to double its bilateral development assistance and to quadruple its emergency fund.  To manage orderly migration, countries also needed to establish effective controls of their borders and to destroy the business model of traffickers of human beings.  Smugglers could not sell their tickets to Europe when there was no way to come through, he said.  He then addressed the crisis in and around Ukraine and stressed that in March the OSCE had strengthened its Special Monitoring Mission, which was key in stabilizing the situation.  He welcomed the discussions in the Council to increase the security of the monitors, eventually with a United Nations peacekeeping operation.

The risk of nuclear confrontation was bigger than it had been in a long time, he said, stating that the escalation of tension in the Democratic People’s Republic of Korea was a warning signal.  Austria welcomed the Vienna Agreement (Joint Comprehensive Plan of Action) on observation of Iran’s nuclear activities as well as the Treaty on the Prohibition of Nuclear Weapons, which represented a key step to creating a safer world.  Urging for defending human rights, rule of law and good governance, he noted the country’s candidacy for the Human Rights Council for 2019‑2021.