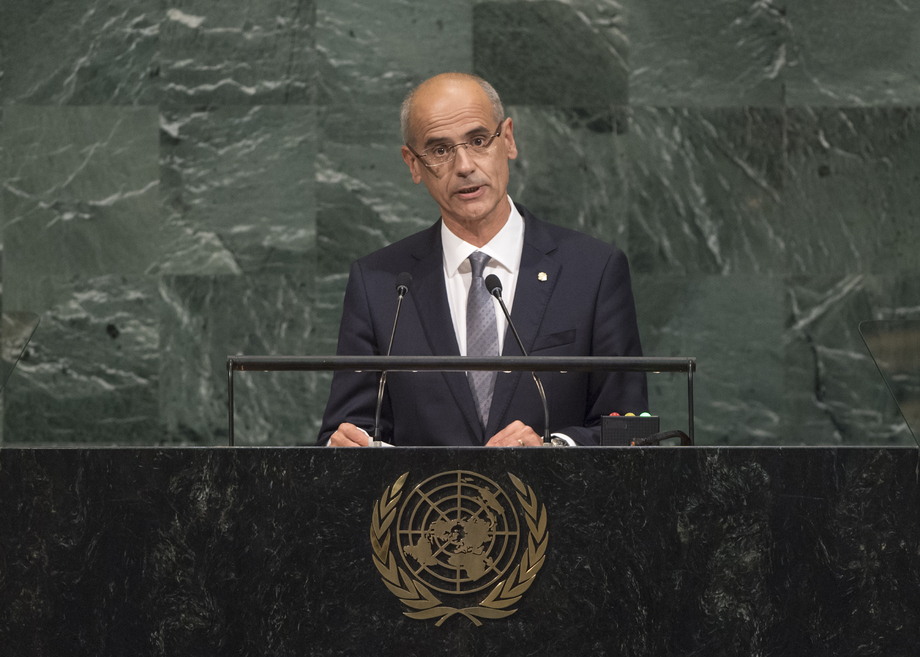 ANTONI MARTÍ PETIT, Prime Minister of Andorra, describing his country as a “faithful defender of the multilateral order”, called for effective cooperation to address global challenges.  No country, no matter how powerful, could handle today’s challenges alone.  Meeting development goals required the recognition of the nexus between peace and development.  To that end, development goals would never be met if climate change went ignored.  Catastrophic climate events affected all nations, he said, noting that Andorra was prioritizing the development of renewable energy, production of electric vehicles and finding more effective ways to heat households.

Development must be inclusive, he said.  Member States had to resolve to work for the benefit of all.  Andorra was working on the development of an equality white paper.  That process featured the close cooperation of all sectors of civil society.  Through that project, Andorra would be able to better evaluate progress towards achieving the Sustainable Development Goals, especially regarding gender equity.  He shared Andorra’s plan to develop free education systems and its effort to eliminate discrimination in teaching.

Andorra pledged to promote the concept of “peace through development” at the Economic and Social Council, he continued.  As rating agencies were closely monitoring economic and financial progress around the world, he urged those agencies to place social well-being at the centre of their work.  “Promoting social development is a key element to achieving peace,” he said.

He said the United Nations was born with the purpose of ensuring peace; however, security had since developed very complex dimensions.  Mitigating terrorism and other threats called for United Nations reform.  He welcomed the Secretary‑General’s push for reform of the development system and creation of a counter-terrorism office, saying all bodies had to work in a coordinated manner.  He called on Member States to ensure global agreements, including the 2030 Agenda and Paris Agreement, became truly binding.

Mutual respect would lead to a more peaceful world, he assured.  The link between peace, human rights and inclusive development could not be ignored. Because of that, Andorra would support the International Criminal Court’s capacity to act as a matter of course in the most serious issues without the need for Security Council intervention.  He also called for limiting veto powers within the Council when dealing with cases of mass atrocities.  He insisted “inclusive multilateralism” had to be the guiding principle of all Member States.