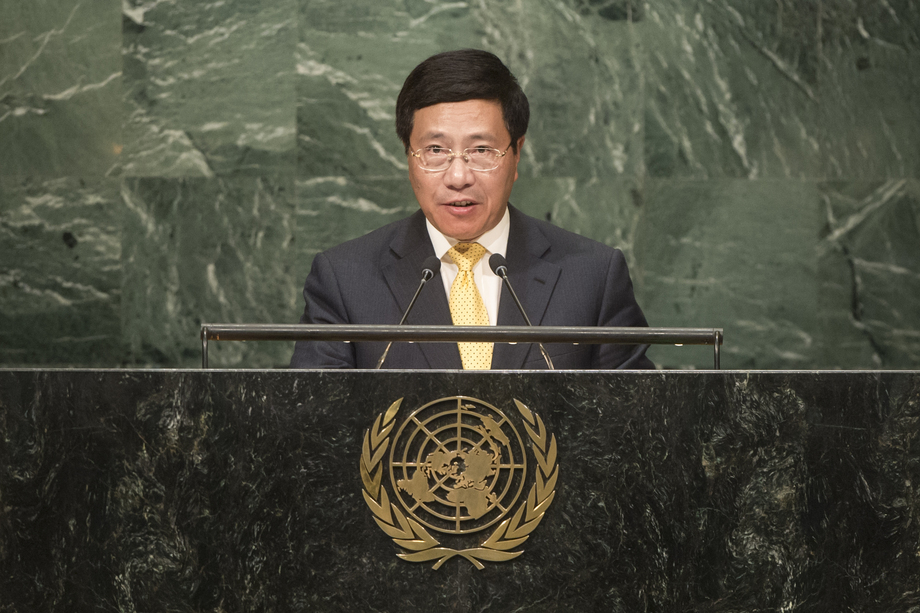 PHAM BINH MINH, Deputy Prime Minister and Minister for Foreign Affairs of Viet Nam, said the Sustainable Development Goals were within reach, with reform, innovation, creativity and economic restructuring setting countries on a prosperous path.  Yet, developing countries were suffering amid weak global economic recovery, protectionism in major economies, climate change and epidemics.  Of particular concern were conflict and terrorism in many regions.

He called for strengthening multilateralism and the operation of multilateral institutions, including the United Nations, given the Organization’s indispensable role in coordinating responses to global challenges.  The Security Council must be reformed to ensure greater equality, democracy and transparency, while the development system should be better resourced, he emphasized.  Viet Nam supported the broadest participation of countries in the formulation of resolutions, he said.

“International law remains the linchpin of a stable international security architecture,” he said, while noting that unilateralism had created tensions.  Peace could be achieved through a comprehensive approach that harmonized the interests of all stakeholders, he said, welcoming the positive developments between Cuba and the United States in that regard.  He urged all parties involved in recent developments in the South China Sea to exercise self-restraint and to resolve disputes peacefully.