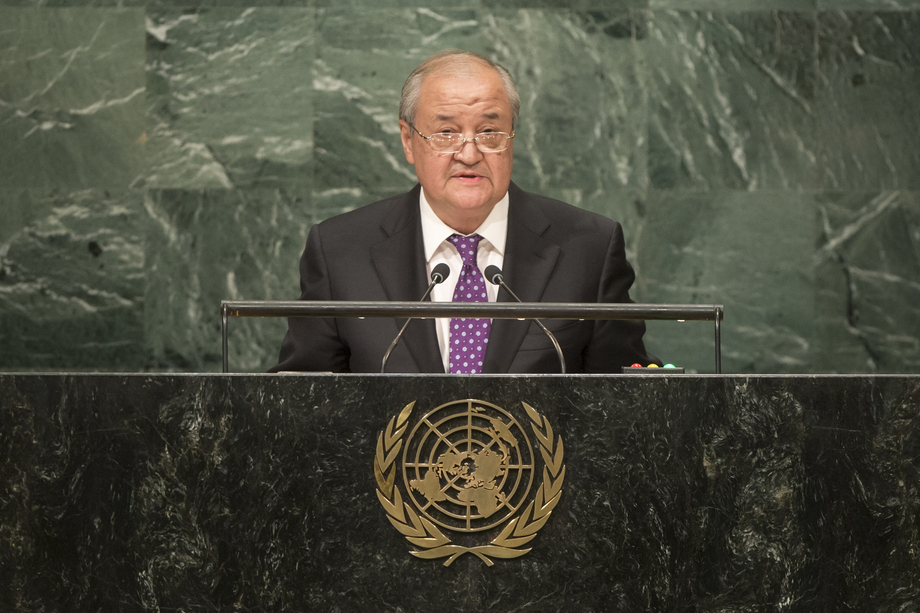 ABDULAZIZ KAMILOV, Minister for Foreign Affairs of Uzbekistan, said protecting ecology and preserving the environment had in 2015 taken on an even greater significance in achieving the Sustainable Development Goals, especially in tackling changes of nature.  The Aral Sea tragedy was a vivid example.  With its ecologic-climatic, socio-economic and humanitarian consequences, the tragedy was a direct threat to the sustainable development of the region, health, gene pool and future of the people residing in the area.  The consequences of that tragedy included an unfavourable ecological state, drying up of the Aral Sea and ongoing humanitarian catastrophe around it, lack and declining quality of potable water and growth of dangerous diseases.

Turning to regional security, he said Afghanistan remained a key problem for international and regional stability.  Internal dynamics of the Afghan conflict were flaring up rather than fading and also becoming more complicated.  Settling the conflict was possible only with an intra-Afghan national accord and through peaceful political negotiations among major parties under the auspices of the United Nations.  Peace in Afghanistan would bring a colossal and tangible benefit to all countries of the Eurasian continent.  It would stimulate the construction of motorways and railroad, development of regional and trans-regional commerce and laying of pipelines in all directions.