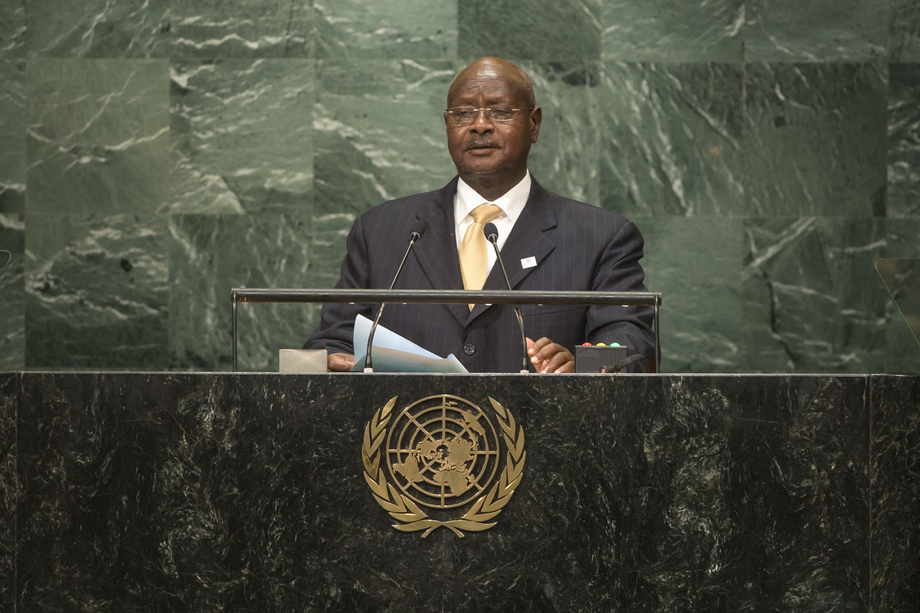 YOWERI KAGUTA MUSEVENI, President of Uganda, welcomed the push for the Sustainable Development Goals during the current General Assembly session as a way to eradicate abject poverty worldwide.  The logic of affluence at the expense of others had now expired.  He noted that a number of countries had risen from  poverty, including China and India.  The world was a better place when there was affluence that spread across all countries.  The Sustainable Development Goals captured that concept in an appropriate, well-balanced manner.

Prescriptive measures must be avoided, he stressed.  The inclusion of energy issues in the Sustainable Development Goals was a welcome departure from past development agendas.  Issues that pertained to misguided ideology, repression of the private sector, underdevelopment of infrastructure and social services were not as well represented in the new development goals, and they had been identified as bottlenecks.

Ideology had to be singled out and must be addressed to prevent discrimination based on religion, gender and political orientation, he said.  Economic growth served as an effective stimulus that occurred without ideology.  Being “my brother’s keeper” was the true antidote to do away with discrimination of any kind.  The development of markets in Africa was moving the continent in the right direction.  Local production, trade and consumption were indicators of successful economic development which benefited everyone.  Bottlenecks had to be recognized and addressed so that the Sustainable Development Goals could be achieved and celebrated.