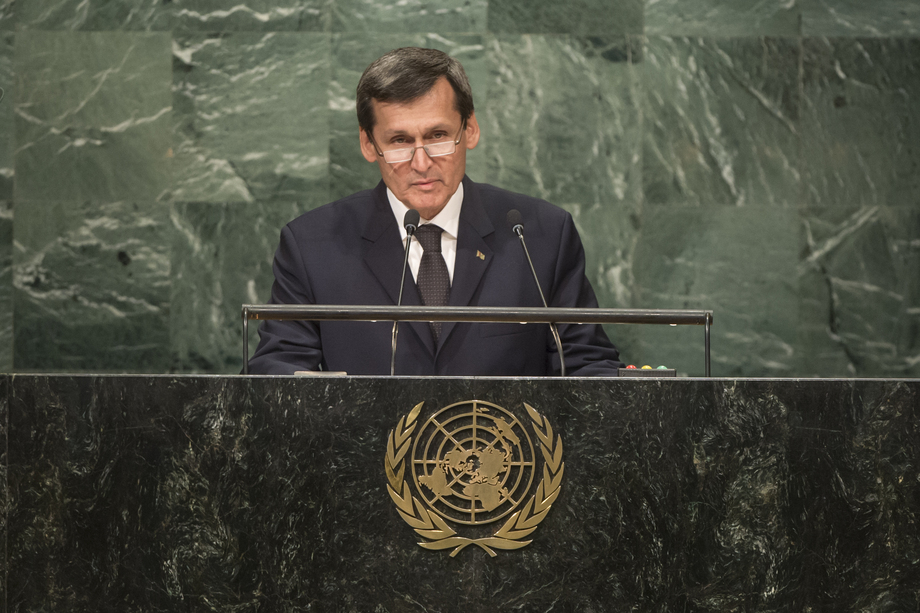 RASHID MEREDOV, Deputy Chairman of the Cabinet of Ministers and Minister of Foreign Affairs of Turkmenistan, said that the current state of global realities and the nature and direction of political, economic and social processes required increasingly closer and more coordinated interaction of Governments and major international organizations to ensure international peace and security.  Unfortunately, today the world witnessed expansions of areas of conflict, and at times, brazen disregard for international law.  Turkmenistan called on all nations to seek conflict de-escalation based on the rules of international law under the auspices of the United Nations as the universal mechanism for overcoming existing differences.  Turkmenistan called for a special meeting of the General Assembly devoted to the strengthening of international law as the basis for the maintenance of global peace and security.

Today there was a growing role of peacebuilding instruments, in particular the potential of neutrality, he said.  The High-Level International Conference dedicated to the twentieth anniversary of Turkmenistan’s status of neutrality was held in Ashgabat in December 2015, and Turkmenistan had proposed an International Day of Neutrality and had prepared a corresponding draft resolution of the General Assembly.

Terrorism fell outside the notions of human morality and threatened to undermine the entire system of world order, he said.  The fight against terrorism needed to be carried out universally at the global, regional, and national levels.  It was important to coordinate efforts to implement the United Nations Global Counter-Terrorism Strategy in Central Asia, where work had recently been intensified.  Important documents on that area – the Ashgabat Declaration and action plans on countering terrorism in Central Asia – served as a road map.

Noting that the Sustainable Development Goals had been adopted one year ago within the General Assembly Hall, he said Turkmenistan had adopted at the legislative level the National Climate Change Strategy and would sign the Paris Agreement.  Water was also a critical regional issue, and Turkmenistan would assume this year the chairmanship of the International Fund for Saving the Aral Sea.