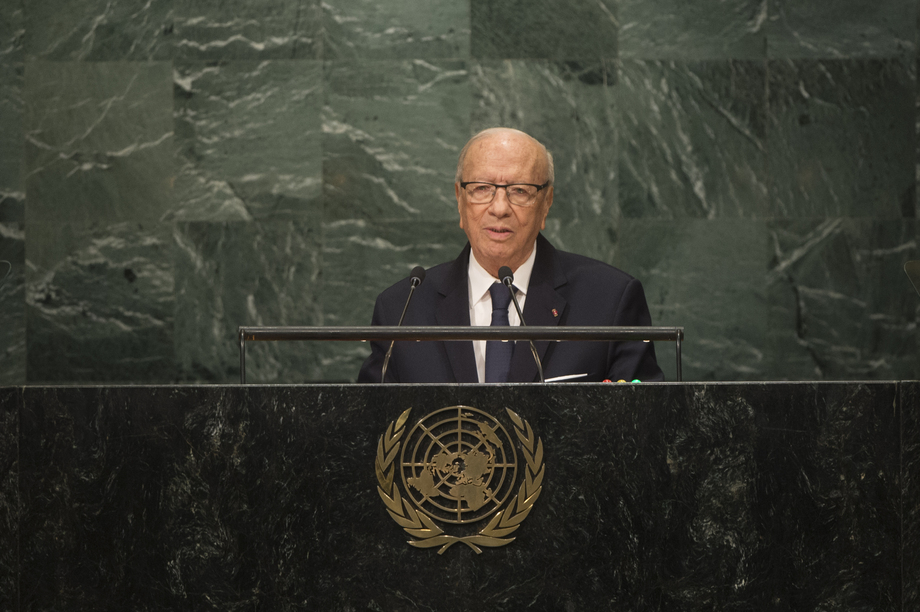 BÉJI CAÏD ESSEBSI, President of Tunisia, said the general debate was taking place as his country marked the sixtieth anniversary of its independence.  Thus, it was an opportunity to reaffirm Tunisia’s commitment to promoting peace and security, human rights and development.  While the country had made significant progress since the revolution, it still needed support to improve its fragile economy.

As a young country, Tunisia attached great importance to the principles of freedom and the rule of law, he continued.  However, it faced various challenges at the national and regional levels.  To overcome them, the Government had adopted an ambitious initiative aimed at improving the economy and ensuring sustainable development.  In addition, Tunisia would soon host an international conference to attract investors.

Despite challenges, African communities could achieve development, he said, emphasizing the importance of preventing conflict and ensuring stability on the continent.  Tunisia had renewed its commitment to the African Union’s Agenda 2063, which was a call for action to build a prosperous and united Africa on the basis of shared values and a common destiny.

Expressing concern about the increase in violence and conflict, he noted that the lack of stability in the Arab world was threating global peace and security.  In that regard, he called upon the international community to step up its efforts and contribute to a solution.  Among other things, he stressed that the Palestinian people must create an independent State and live in dignity.