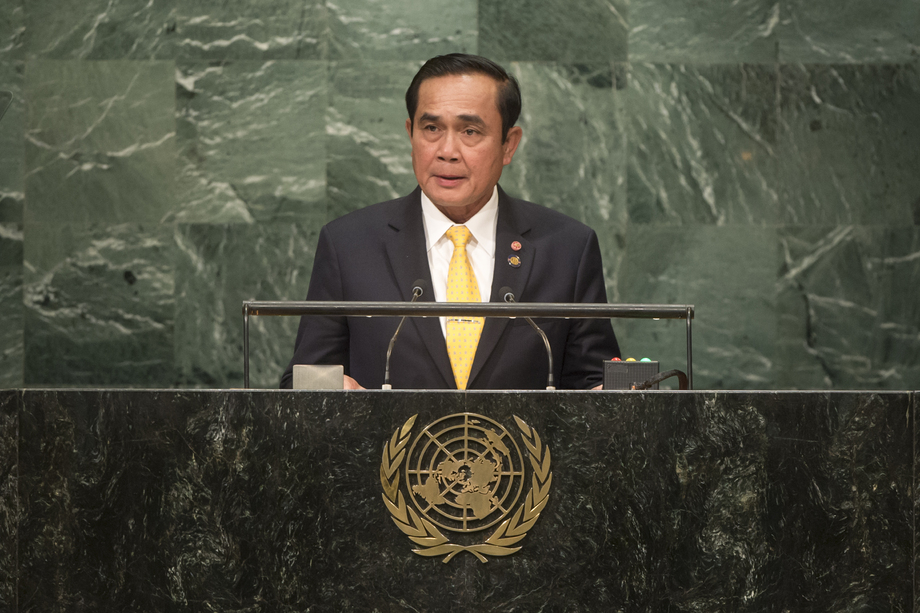 PRAYUT CHAN-O-CHA, Prime Minister of Thailand, said that 2016 held special meaning for his country as it marked its seventieth anniversary of United Nations membership.  One year after the adoption of the 2030 Agenda, he noted that sustainable development could not be realized without peace, security and human rights.  Such development was a shared responsibility, and related challenges had to be addressed in a coordinated manner.  The international community must work together to achieve peaceful coexistence based on respect and non-discrimination in full compliance with international law.

He went on to say that Thailand was honoured to serve as the Chair of the Group of 77 and China.  To advance sustainable development, Thailand had shared a philosophy of “sufficiency economy” which presented an alternative and people-centred approach to development.  His country had also initiated the “Sufficiency Economy Philosophy for SDGs Partnership Programme” as a platform for knowledge management and sharing, and had expressed its continued commitment to strengthening regional cooperation.  He pointed out that there could be no “one size fits all” model.  Instead, the international community should aim to utilize global diversity to achieve harmonised unity.

To implement the Goals effectively, he continued, Thailand had established a National Committee on Sustainable Development which paid particular attention to improved health care, education, women’s rights and the protection of vulnerable groups.  The country had also democratically adopted a draft constitution which demonstrated the Government’s commitment to inclusive, democratic processes.