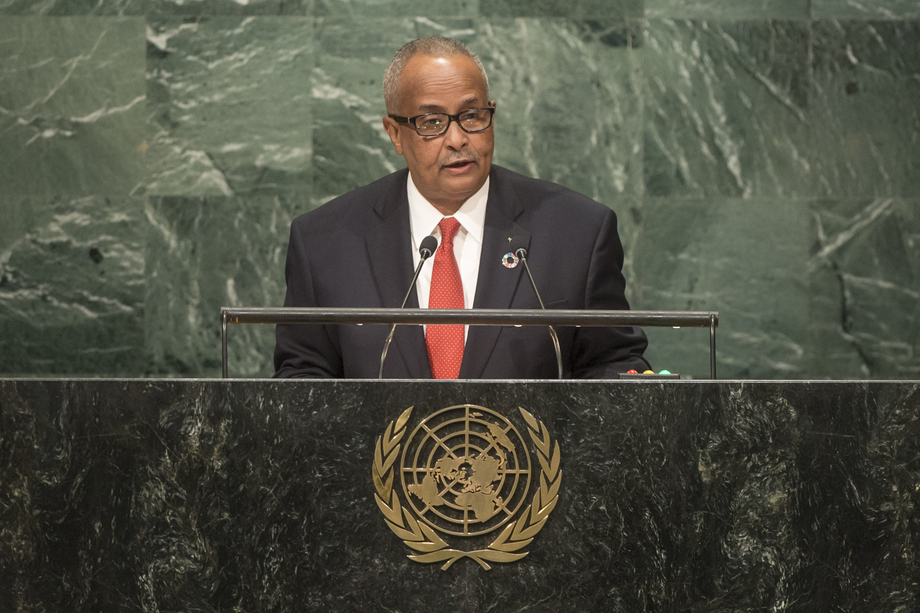 ABDUSALAM HADLIYEH OMER, Minister for Foreign Affairs of Somalia, noted that after almost two decades of instability, his country had permanently turned the corner towards prosperity.  The Government had made tangible progress on elections, State formation, security and economic development.  Somalia was also winning the war against terrorism at home and contributing to creating a safer world by cooperating with international partners.  With the support of its national security services and the African Union Mission in Somalia (AMISOM), Al-Shabaab had been militarily defeated.  Today, that group controlled less than 10 per cent of the country’s territory.  In recent months, many of its key leaders had been killed while others had defected, and it had turned to small-team asymmetric warfare tactics to conduct terror attacks against “soft targets” in Somalia and its neighbours.

He continued to say that his country was grateful to nations which had contributed troops to the AMISOM, as well as to international partners.  But the only way to achieve long-term stability and development was to have trained, equipped and funded Somali national security forces, he said, expressing hope that the aim could be achieved ahead of the Mission drawdown in 2018.  The President had recently launched the National Strategy and Action Plan for Preventing and Countering Violent Extremism, which would provide a holistic framework for addressing security threats.  In addition, the Government was determined to ensure a smooth and inclusive electoral process for a peaceful democratic transition in November, championing a 13 per cent quota for women in Parliament.  Through diverse partnerships, it was also working on successfully returning Somali refugees home from Kenya voluntarily and with dignity so they could actively participate in their nation’s rebuilding efforts.