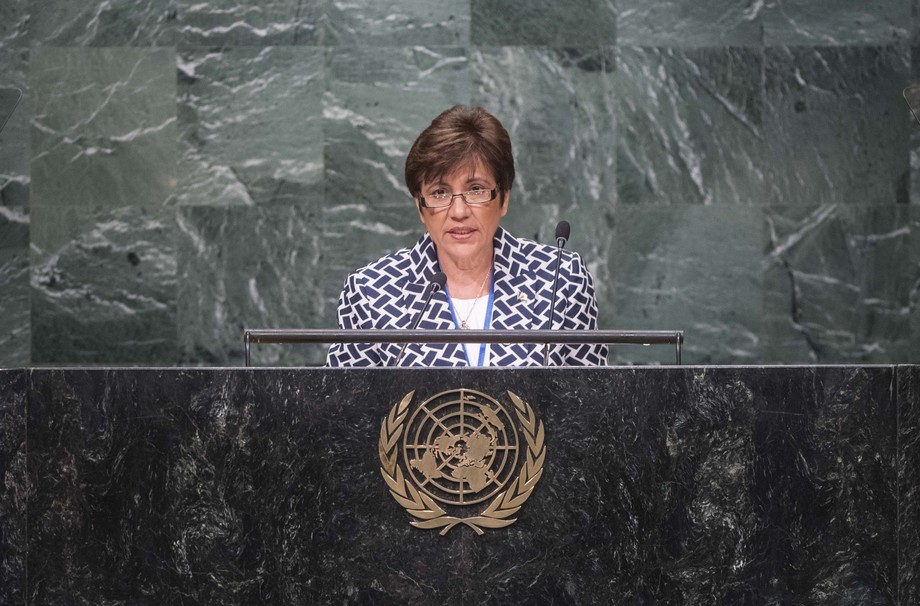 MARIE-LOUISE POTTER (Seychelles) said humanity was on the cusp of achieving the immeasurable in terms of making a true difference to all the world’s peoples.  The Seychelles was proud to have achieved most of the targets set out in the Millennium Development Goals, and was determined to maintain that momentum to implement the Sustainable Development Goals.  Much progress had been made, but there was still much to be done, she said, adding that the world would need to stand together in ensuring that strong action was backed by adequate financial support.  Incorporating a vulnerability index into development frameworks would allow a fairer measurement of economies than the traditionally emphasized GDP.  Highlighting Sustainable Development Goal 14 on conservation and sustainable use of the oceans, seas and marine resources, she said it was pivotal to the survival of small-island economies.  She noted that illegal, unreported and unregulated fishing undercut development efforts and jeopardized the livelihoods of millions around the world.  While noting the “tremendous gains” made in the battle against piracy, she emphasized that continued efforts, through such initiatives as the Contact Group for Piracy off the Coast of Somalia, currently chaired by the Seychelles, would be necessary to ensure safer oceans.  As an island nation heavily dependent on the environment for its survival, the Seychelles was vulnerable to the adverse effects of climate change, and had been among the first 20 States to ratify the Paris Agreement, she said.