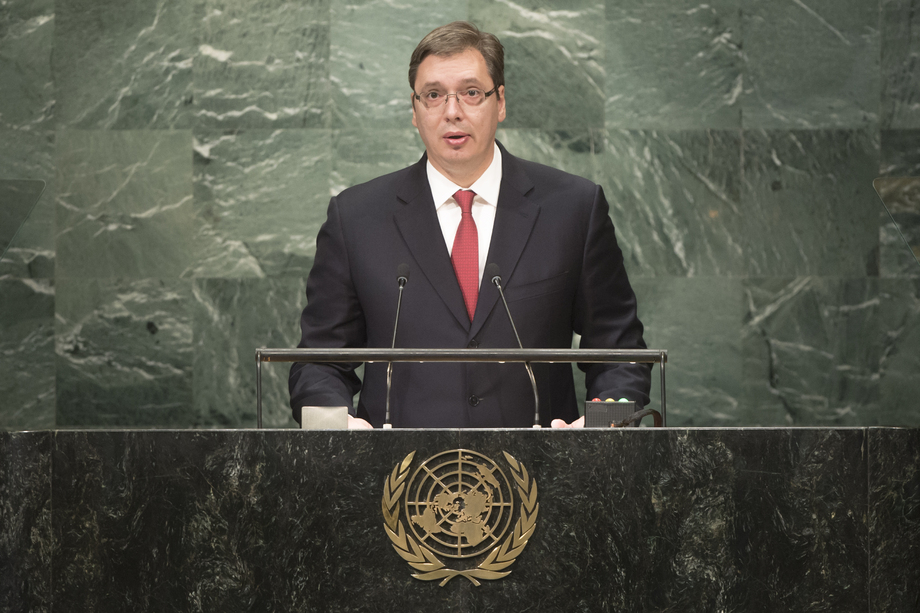 ALEKSANDAR VUČIĆ, Prime Minister of Serbia, expressed pride in representing the Balkans and thanked the Assembly for listening to small nations.  While the representatives of large Powers had addressed that body, he had not heard real solutions for important issues and in particular had heard no comprehensive solution on the migrant crisis.  As a small country in the Balkans, Serbia had been waiting for a proposal from the Powers.  The migrant crisis was not finished; it was just the beginning.  Serbia was facing many more difficulties than it had a year ago with 7,000 new people arriving there, and those people had nowhere else to go because other countries had closed their borders.  He asked whether a common solution existed or if Serbians should  take steps for themselves by themselves.  They would do so, but would also be ready for a common comprehensive solution from the European Union and United Nations.

He went on to observe that over the past 25 years, and even the past 100 years, Serbia had not “skipped a single war” since the first Balkan war to the latest in the 1990s.  He expressed hope that, in the future, they would have the strength to overcome disputes and promote economic development.  Recently, his country had succeeded in that endeavour.  For the first time, it had seen a budget surplus, and would experience a growth rate of more than 3 per cent.  While that was not comparable to some countries from Asia and Africa, he expressed pride that it represented better than average growth in Europe.  However, his country was again facing regional instability which would place those accomplishments in jeopardy.  While Serbia had received support from its allies, the situation in the western Balkan region had still not improved and required further efforts, time and political will to overcome difficulties there.

In the Assembly today, his country had faced “terrible insults” from its neighbours, he observed, but had decided against responding and would stay on that track.  The western Balkan region needed peace, stability and real reconciliation in the future.  He was thankful to those States that had sided with international law and had not supported the unilaterally proclaimed independence of his country’s southern province, Kosovo and Metohija.  Serbia had persistently kept up dialogue in that regard, including talks facilitated by the European Union.  Finally, he said Serbia would do its best not only to protect its own interests but also to listen to other relatively small countries which must unite otherwise “our voice won’t be heard in the future”.