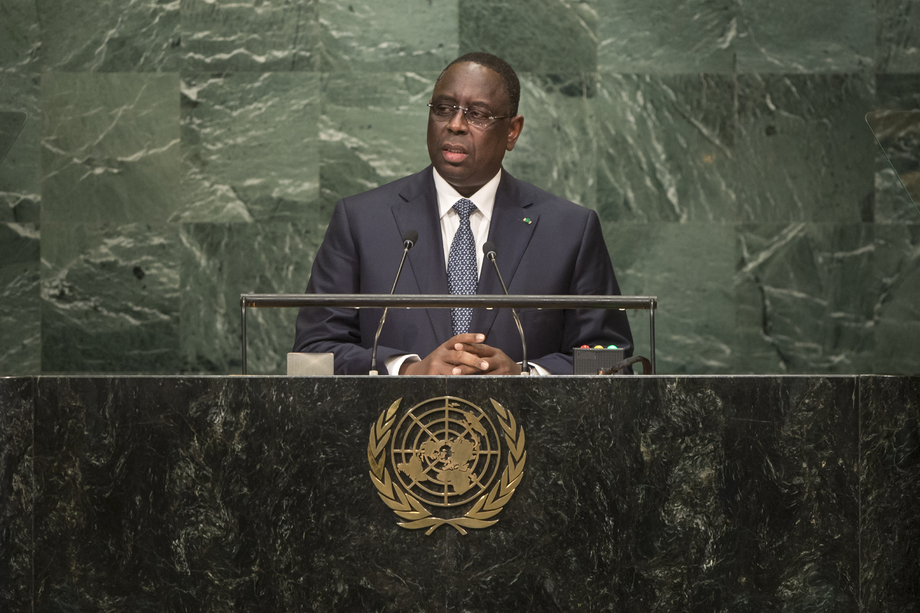 MACKY SALL, President of Senegal, said that never had the world been as violent and dangerous as it was today.  Innocent people were being killed for no reason, leaving whole families in grief.  No cause, certainly no religious cause, could justify violence.  Attacks on priests and imams were the height of cowardice.  Senegal was a land of diversity where a Muslim majority lived in harmony with Christians and others.  Neither Islam nor Muslims could be blamed for the senseless actions of a lawless and faithless minority.  It was high time to counter senseless Islamophobia which compounded suffering, exasperated the clash of civilizations and played into the hands of extremists of all stripes.

Priority must be given to tackling all threats to international peace and security, including finding a fair solution to the protracted Israeli-Palestinian conflict, he said.  Respect and humanity must be extended to migrants, refugees and displaced persons, regardless of their places of origin.  That Africa was the only continent with no permanent seat on the Security Council was an historic injustice, even though its countries represented almost one-third of all Member States and that issues concerning Africa made up the bulk of the body’s work.  Senegal would pursue its Council mandate in line with the African position expressed in the Ezulwini Consensus while remaining open to dialogue with others.

Noting the 2015 adoption of the Sustainable Development Goals and the Paris Agreement, he said energy remained a vital challenge for African countries.  Without competitively priced energy, there could be no industrialization and development.  Africa could not enlighten other continents with its resources while remaining itself in the dark.  It could not remain a reservoir of raw materials transformed elsewhere to the detriment of its economy, and it could not remain the continent most affected by climate change even if its energy-related CO2 emissions were the lowest of any region.

Pointing to the launch by the African Union in July of a fund to support the electrification of Africa, he called for old clichés about African development to be put aside.  It should no longer be seen as a land of humanitarian emergencies and a receptacle for development aid, but as a continent of growth and progress.  Senegal would realize its ambitions not through assistance, but through large-scale investment in sectors that produced growth and development.  He called on all public and private partners not to overestimate the risk of investing in Africa, saying the region had made significant progress with regard to good governance and improving the business climate.  The risk was no higher than elsewhere and, given the current state of the global economy, it offered opportunity for recovery and shared growth.