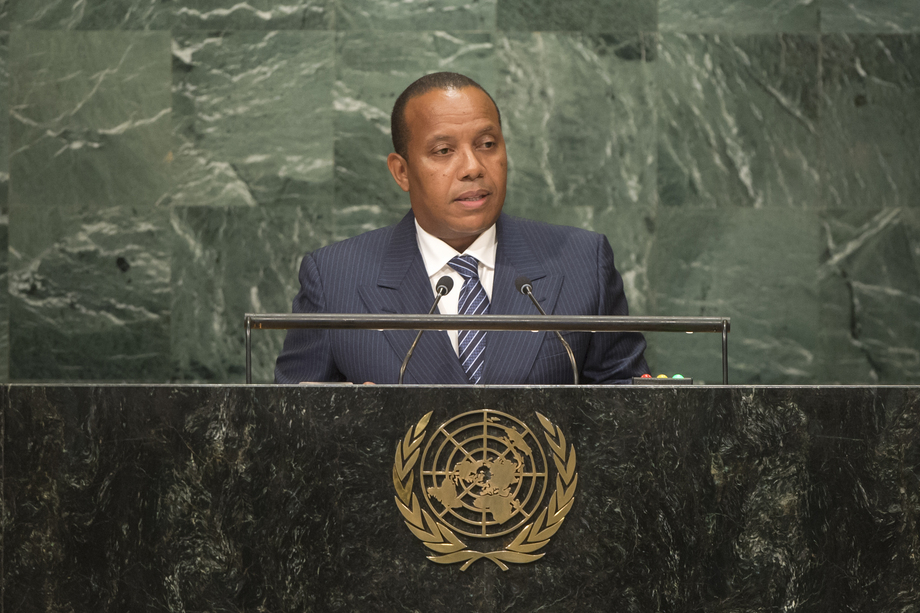 PATRICE EMERY TROVOADA, Prime Minister of Sao Tome and Principe, said democracies in rich countries seemed to be providing inadequate responses to real problems like the refugee crisis.  It was commendable to hold a special United Nations meeting on refugees, but the international community must do more to bring definitive settlements to ongoing conflicts and terrorist attacks.  The Organization should be able to establish more binding mechanisms to address such insecurity, especially when it came to long-lasting conflicts between Israel and Palestine and in Libya as well as Syria.

He expressed pleasure, however, at a more peaceful Central African Republic and was encouraged by support for free and peaceful elections in the Democratic Republic of the Congo and commitments to stabilize South Sudan, Burundi and Somalia.  Genuine progress in resolving conflicts always occurred when priority was given to living together and opening people’s minds to differences, which was needed to come up with intelligent solutions leading to sustainable peace.  It was also necessary to show a spirit of inclusion in efforts to reach sustainable peace and development.  To that end, reform of the United Nations was needed to make it more credible, especially when it came to seats on the Security Council.

His country had made significant development progress, especially in the areas of access to drinking water, Internet connectivity and eradication of malaria, he said.  It now needed to build up its infrastructure to attract investment and generate revenue for the Government.  He invited developed nations to provide financing through various mechanisms discussed at the Financing for Development conference in Addis Ababa.  Africa lagged behind in almost all human development indices and had paid a heavy toll compared to other countries for centuries.