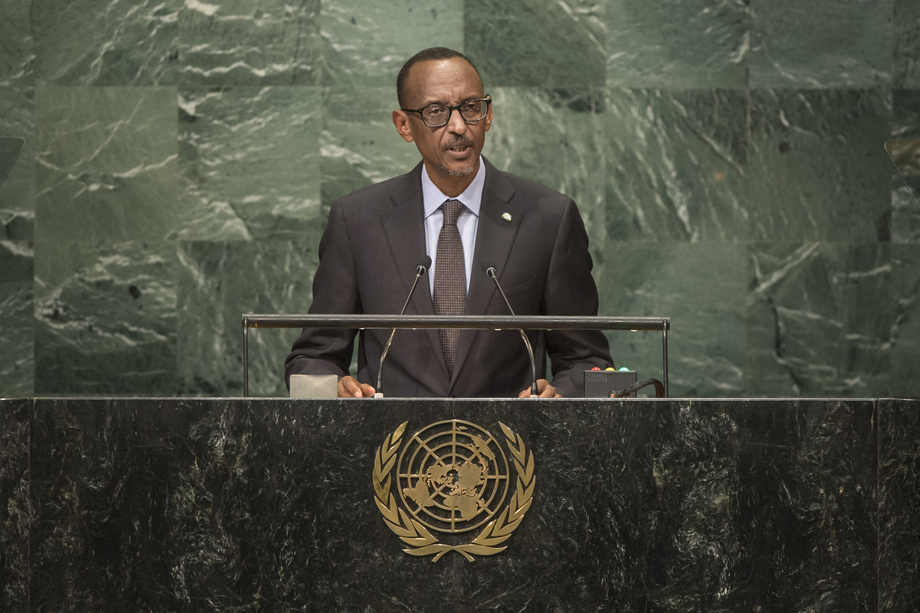 PAUL KAGAME, President of Rwanda, said that in the past year, the international community had concluded landmark agreements on sustainable development and climate change and renewed its commitment to work together to combat violent extremism.  The progress of one country was closely linked to the progress of every other, and now was the time for implementation.  It was important to remember that the ultimate purpose of all those efforts was to transform the lives of real people by enhancing their well-being, safety, and access to opportunity.  He was proud to have joined the HeForShe campaign and encouraged others to support it.

Access to technology must be part of the strategy for achieving all the global goals, he said.  Everyone in the world needed access to high speed Internet.  Rwanda had seen the importance of forging meaningful partnerships with the private sector to improve the speed and scale of delivery.  Rwanda was pleased to host the new Sustainable Development Government Centre for Africa.

Real continuity between the frameworks that guided the international community’s collective action was necessary.  These agreements were not slogans or fashions, but hard-won statements of global consensus.  Next month, more than 1,000 delegates would gather in Kigali to consider a ground-breaking amendment to the Montreal Protocol to phase out hydrofluorocarbons, a major source of greenhouse gas emissions.  Already one of the most successful international agreements, the 30-year old Montreal Protocol now afforded the international community the opportunity to take a significant step forward in implementing the one-year-old Paris Agreement on climate change.  Rwanda urged all Member States to join it in passing those important measures.

The world was changing for the better, he continued.  The preservation of international peace and security depended on maintaining a shared vision of the desired outcomes for the world.  This accounted for the continued relevance and durability of the United Nations.  The international community’s collective responsibility for the rights and welfare of refugees and immigrants needed to be seen in that light, and the issue needed to be addressed with consistency and compassion at all times.