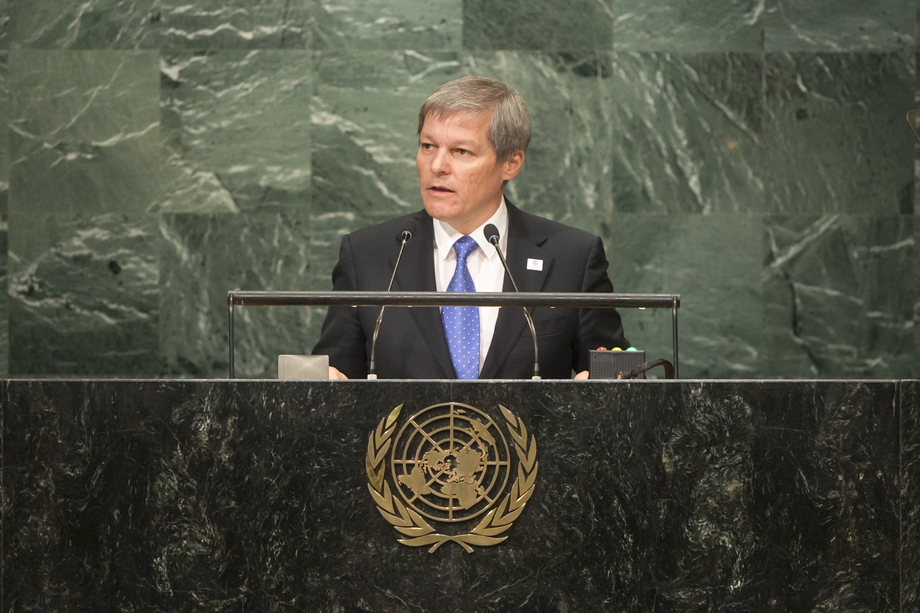 DACIAN CIOLOŞ, Prime Minister of Romania, said the world, more than ever, was confronting challenges which demanded global solutions.  There could be no peace and security without development.  The Sustainable Development Goals set out an ambitious programme of action for the coming years, but greater integration was needed with regard to climate change, development, humanitarian assistance, economic growth, peacebuilding and the eradication of hunger.  Romania was concentrating its efforts on climate change and the environment with the aim of establishing a green economy, he said, adding that a cross-cutting approach was essential for achieving the Goals.

Developments in Eastern and Southern Europe over the last two years were a step backwards from sustainable development, he said.  Frozen conflicts around the Black Sea threatened stability in the region and beyond.  The use of hybrid warfare tactics and the illegal annexation of territories were troubling.  Growing instability in the Middle East, with its epicentre in Syria, needed to be tackled with determination and more thought should be given to post-conflict reconstruction.  Solving the Israeli-Palestinian conflict could be a turning point.  Noting Romania’s participation in 10 United Nations peacekeeping missions and two special political missions, he said peace and security could not be sustained if weapons of mass destruction continued to proliferate.

Terrorist groups could not be countered by military means alone, he said.  The root causes behind the development of such groups needed to be addressed.  Preventing radicalization was key.  He commended progress in the fight against Da’esh in Libya, Iraq and Syria, but liberated areas needed reconstruction and stabilization.  He emphasized a proposal by Romania and Spain for an international court against terrorism to be established.  He went on to note Romania’s bid for a non-permanent seat on the Security Council for the 2020‑2021 term, saying his country was committed to devoting political, diplomatic, human and financial resources to regional and global stability in support of United Nations efforts.