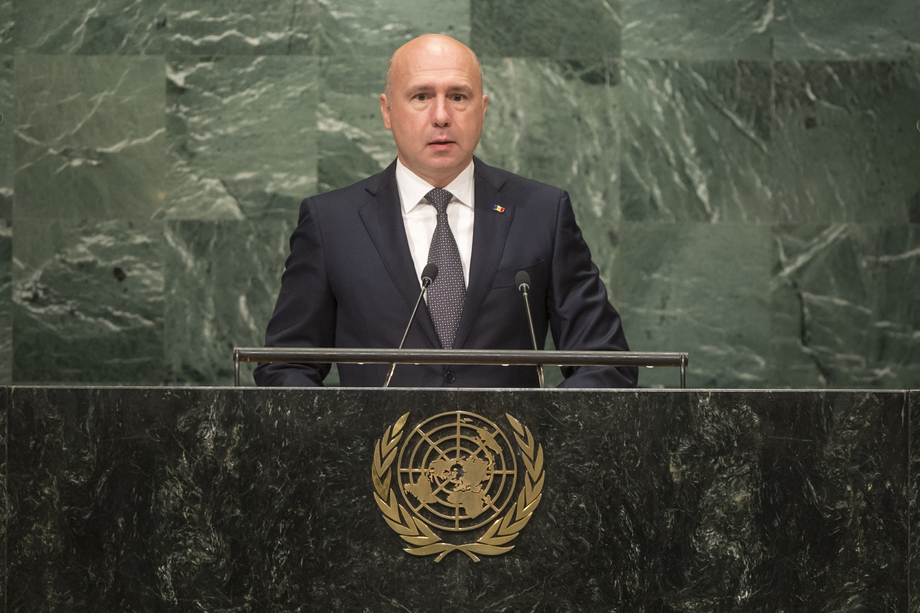 PAVEL FILIP, Prime Minister of the Republic of Moldova, said it was important to bear in mind the complex nature of motives that drove people on the move.  “We must resolutely fight smuggling and the illicit trafficking in persons,” he added, emphasizing the need to focus on strategies for preventing loss of human life, as well as the resilience and self-reliance of refugees.  As long as the world remained stricken by poverty, underdevelopment, social inequality, and human rights abuses, there would be no resolution of the forces driving people to uproot their lives.  To that end, the Republic of Moldova attached great importance to fostering development partnerships aimed at supporting countries in need to achieve their development goals.

Never before had the correlation between migration, sustainable development, climate change and peace and security been more obvious, he said. “We cannot realistically expect to fulfil the Agenda for [Sustainable] Development in the absence of peace,” he added, emphasizing that the United Nations must adjust to new global realities.  Security Council reform was critical to making that body more efficient in discharging its primary responsibility:  maintaining peace and security.  Efficiency could be achieved by improving transparency and accountability, as well as restricting the right of veto to issues of substance.  Addressing protracted conflicts in a proactive manner could prevent attempts aimed at changing the political borders.

Despite the many difficulties encountered in the settlement process in the Transnistria conflict, the Republic of Moldova remained committed to a political solution based on respect for sovereignty and territorial integrity.  Negotiations would only succeed if all sides displayed political will and refrained from putting forward rigid preconditions.  That would require enhanced confidence-building and bringing together both banks of the river Nistru.  He also expressed deep concern about the lack of progress concerning the withdrawal of Russian troops and armaments stationed on the Republic of Moldova’s territory, saying that the fragility of the overall situation in the region, including Ukraine, required a constructive re-engagement by the United Nations.