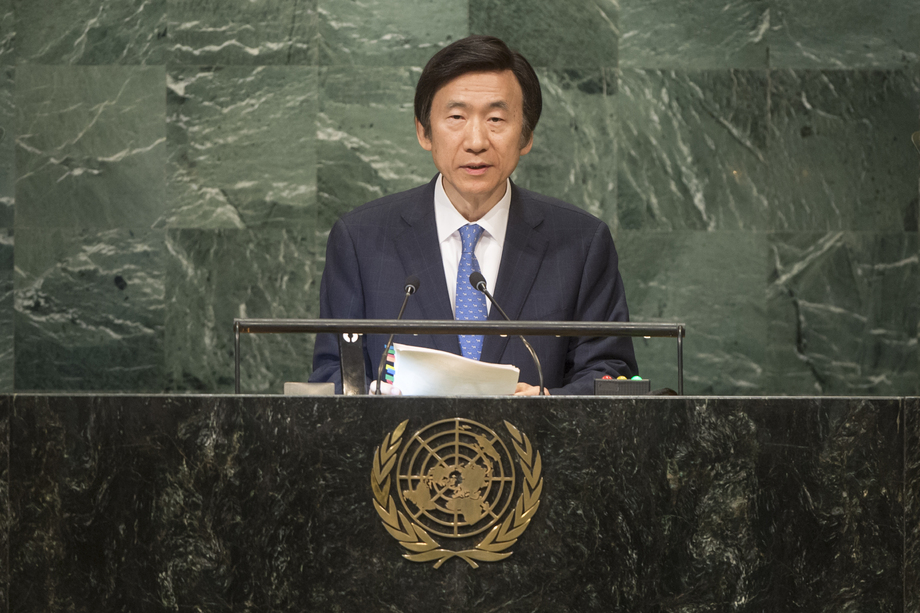 YUN BYUNG-SE, Minister for Foreign Affairs of the Republic of Korea, pointed out that the international community still faced a great number of challenges, despite new declarations.  He called for strengthened multilateral efforts to address those challenges and to include those vulnerable and marginalized.  He offered to share lessons learned in development to facilitate the implementation of the Sustainable Development Goals.  Sustainable development and climate change were inextricably linked, he continued, noting that his Government had taken the necessary steps for the ratification of the Paris Agreement.

He noted with great concern the Democratic People's Republic of Korea’s pursuit of nuclear and missile programmes, as well as related threats that were made by that Government.  He urged the Security Council to adopt stronger and more comprehensive sanctions that went beyond resolution 2270 (2016).  He recalled the repeated violations that State had perpetrated, undermining the authority of the General Assembly and the Security Council.  The international community needed to end impunity and take appropriate action.  He went on to say that the Democratic People's Republic of Korea nuclear and missile programmes were carried out at the expense of that country’s own people, leading to more human rights violations, hunger and starvation.