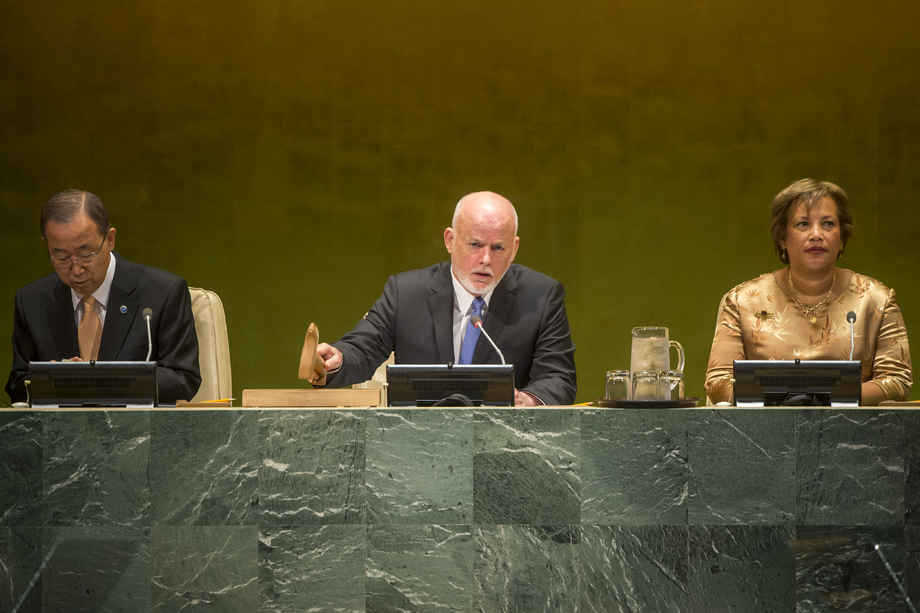 PETER THOMSON (Fiji), President of the General Assembly, recalled that the 2030 Agenda for Sustainable Development had been adopted 361 days ago.  The result of two years of intense multilateral negotiations, the Agenda’s adoption had been like a beacon of hope raised to guide all humanity to a better world.  Imbued with a universal and transformative spirit, the Agenda set out a master plan for transforming the world into one where extreme poverty had been eliminated, and peaceful and well-governed societies lived in harmony.

The first great indication of progress had been the adoption of the Paris Agreement on climate change, he continued, adding:  “Overcoming the challenges of climate change was the existential responsibility of our time.”  More energy was being produced from affordable renewable sources than ever before, and it was heartening to see that the numbers of people living in extreme poverty, and suffering from communicable diseases like polio and malaria, continued to fall.  However, while the 2030 Agenda was increasingly used as the framework for improved national development plans, the international community was far from where it needed to be.

Millions of people around the globe were suffering the brutal effects of war, he said, noting that the crisis in Syria continued to generate immense human suffering.  Strongly condemning the attacks on a United Nations aid convoy carrying food and medical supplies for people in need, he emphasized that the deliberate targeting of humanitarian personnel was a flagrant violation of international law.  “Week after week, innocent people are falling victim to despicable acts of violent extremism,” he said, adding:  “Collaboration and partnership are needed more than ever.”

In order to produce the results that the world so desperately needed, the international community must do better to accelerate implementation of the Sustainable Development Goals, he said.  It was essential to teach young people about the Goals, allocate greater public resources, create better regulatory environments, and support greater access for poor and marginalized communities.  Among other things, it was critical to advance collective action by Member States and to forge strategic and inclusive partnerships around issues from climate change to conflict, violent extremism to contagious diseases.

“During the seventy-first session, I am committed to a universal push for the implementation of all 17 [Sustainable Development Goals],” he said, stressing that he would push for a United Nations development system that would work seamlessly as one.  He said that, in response to the crisis that oceans faced, he would oversee the preparations for the United Nations Conference on Oceans, to be held from 5 to 9 June 2017.  Furthermore, in collaboration with Member States, he would work to strengthen the Organization’s peace and security pillar, advance the “sustaining peace” agenda, combat discrimination, strengthen the United Nations counter-terrorism architecture and strive for greater consensus on disarmament and non-proliferation.