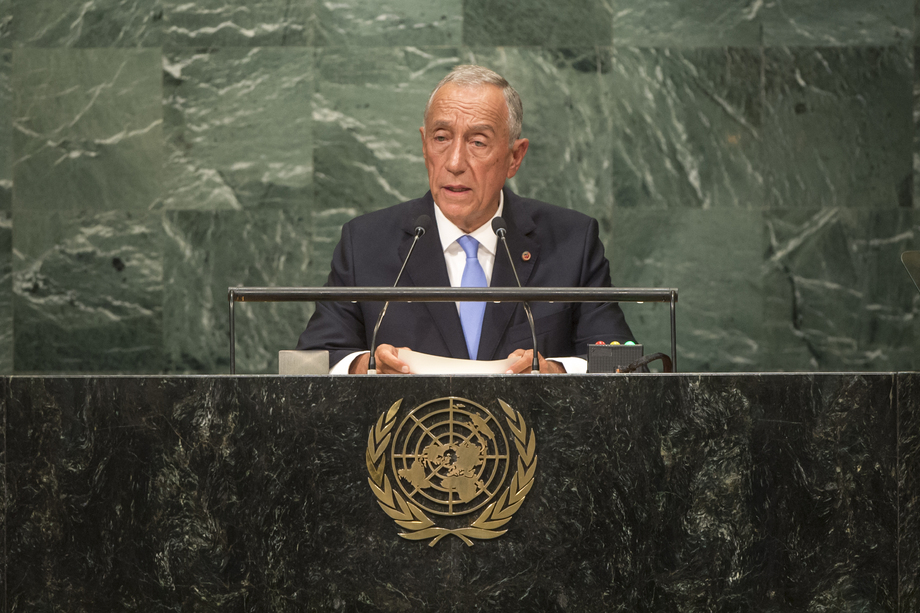 MARCELO REBELO DE SOUSA, President of Portugal, said it was important to adopt a “culture of prevention” in the maintenance of peace and security by promoting sustainable development and respect for human rights.  Such a culture should focus first and foremost on safeguarding human dignity.  Strengthening prevention actions in Africa was essential to avoid crises, he said, pledging his country’s continued support for deploying military contingents for peacekeeping operations.  Portugal would promote maritime security in the Gulf of Guinea and support Guinea-Bissau in constructive political dialogue, he said.

Turning to the other side of the Atlantic, he welcomed the peace agreement reached in Colombia, saying it would pave the way for national reconciliation, enabling all Colombians to live together in peace and respect for the rule of law.  He expressed hope for a resolution of the Israeli-Palestinian conflict, saying there was still a way to build peace and a sustainable settlement of the conflict.  There could still be a sovereign, independent and viable Palestinian State alongside the State of Israel, whose legitimate security aspirations must be guaranteed.  He expressed concern over the recent escalation of threats to security and stability in the Korean Peninsula, which he condemned, calling for the resumption of collaboration between neighbours and the international community.

Terrorism was threatening humanity everywhere and could not be tolerated, he said, stressing that the international community had a lawful right and a moral duty to end it.  The exodus of refugees and migrants must be dealt with at the root of the problem by Governments eradicating terror and fear.  Another issue underlying the humanitarian crisis was the increasing wave of migration linked to the lack of opportunities in origin countries.  He stressed the importance of promoting higher education for refugees in emergency situations so that “no generations are lost”.  Portugal had already accepted more than 100 Syrian university students, he said.

On the question of human rights, he said there was still much to be done in the area of gender equality.  Portugal would maintain its commitment to global mobilization efforts for the conservation and sustainable exploitation of the oceans.  The issue of protecting oceans and seas was a top priority for Portugal, which would remain committed to supporting the efforts of small island developing States to overcome the challenges facing them.