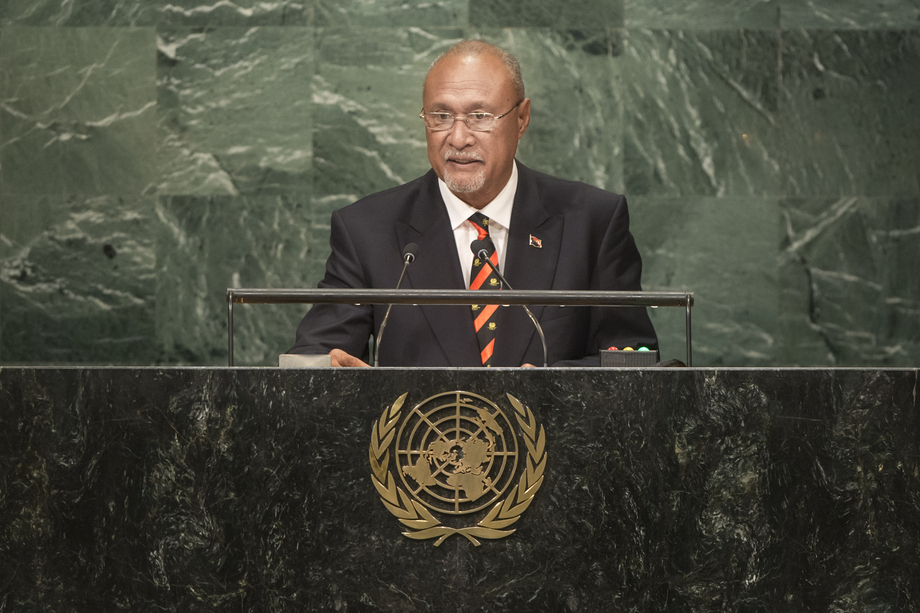 SIR PUKA TEMU, Special Envoy of the Prime Minister and Minister for Public Service of Papua New Guinea, said the ongoing plight of refugees, migrants and those who paid the ultimate sacrifice with their lives should and could not be the new “normal”.  No country was immune from the implications of this increasing global concern.  His country pledged to work together with the international community to address the root causes and also better assist affected victims and impacted countries of origin, transit and destination.

Papua New Guinea was concerned that the international community was unable to contain ongoing wars based on economic, religious, ethnic and other causes, including acts of terrorism, he said.  He welcomed efforts to regulate arms trade that would minimize global conflicts and displacements of people.  The international community should work hand-in-hand to resolve simmering conflicts.

Papua New Guinea was also staunchly opposed to the existence, testing and use of nuclear weapons and other tools of mass destruction. Expressing concern about ongoing nuclear weapons and missile tests carried out by the Democratic People’s Republic of Korea, he strongly condemned those threats to regional as well as global peace and stability.  Turning to sustainable development, he said his country was currently translating and integrating the 2030 Agenda at the national level under the framework of the “National Strategy for Responsible Sustainable Development”.