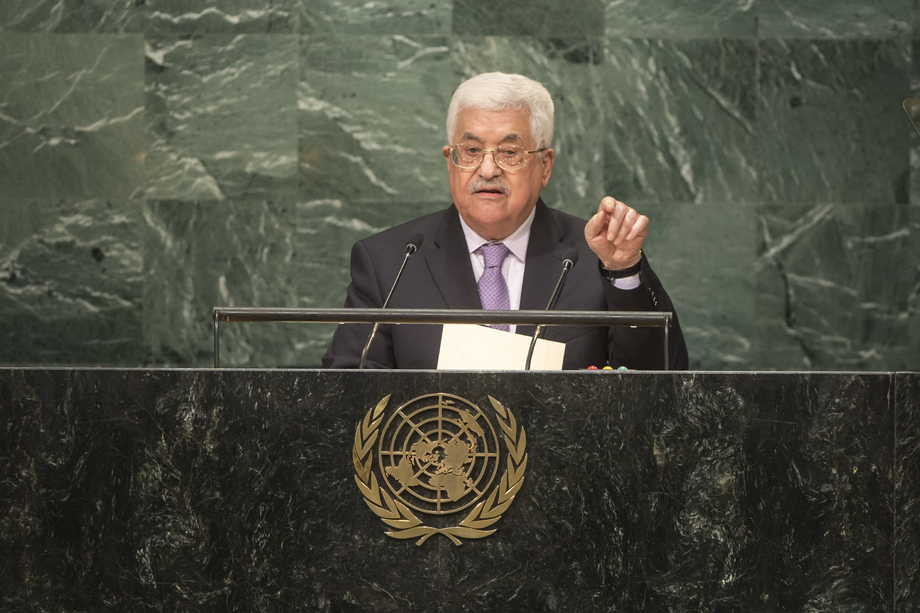 MAHMOUD ABBAS, President of the State of Palestine, voiced his regret that he had to address the Assembly on an issue that had confronted his people for 70 years:  the right of the Palestinian people to self-determination.  He reiterated his Government’s commitment to the agreements reached with Israel since the 1993 Oslo Accords.  Yet, Israel had not met its obligations under those agreements.  In particular, he condemned Israel’s continued settlement expansion in Palestinian territories, its extrajudicial executions, its detention of thousands of Palestinian prisoners and its aggressions against the Al-Aqsa mosque.

Despite the adoption of 12 Security Council resolutions condemning the construction of Israeli settlements in the Occupied Palestinian Territory since 1967, he pointed out that none of those resolutions had been implemented — a situation which encouraged Israel to continue its seizure of Palestinian land in the West Bank and East Jerusalem with impunity.  Those expansionist policies risked destroying whatever possibility was left for a two-State solution on the 1967 border.  They were also undermining Palestinian efforts to develop their economy — a right which was of international priority under the 2030 Agenda for Sustainable Development.

It was regrettable, he continued, that Israel had attempted to evade an international conference for peace proposed by France, and reiterated his hope that such a conference would lead to the establishment of a mechanism and a defined timeframe for an end to the occupation, in accordance with relevant resolutions, the principle of land for peace and the Arab Peace Initiative.  With the impending 100-year anniversary of the Balfour Declaration — by which Great Britain promised the land of Palestine to another people — he called for Britain to bear its historic, legal, political, material and moral responsibilities for the consequences of that decision.  As part of that process, he asked that Britain apologize to the Palestinian people “for the catastrophes, miseries and injustices that it created, and to act to rectify this historic catastrophe and remedy its consequences, including by recognition of the State of Palestine”.

Finally, he called upon the General Assembly to declare 2017 the “International Year to End the Israeli Occupation”, as that year would mark half a century of the occupation.  He also appealed to the Assembly to adopt a resolution that would enable Palestine to present and cosponsor resolutions beyond the question of Palestine, and to support that country’s efforts to enhance its legal and political status by granting it additional responsibilities to chair committees and international groups.