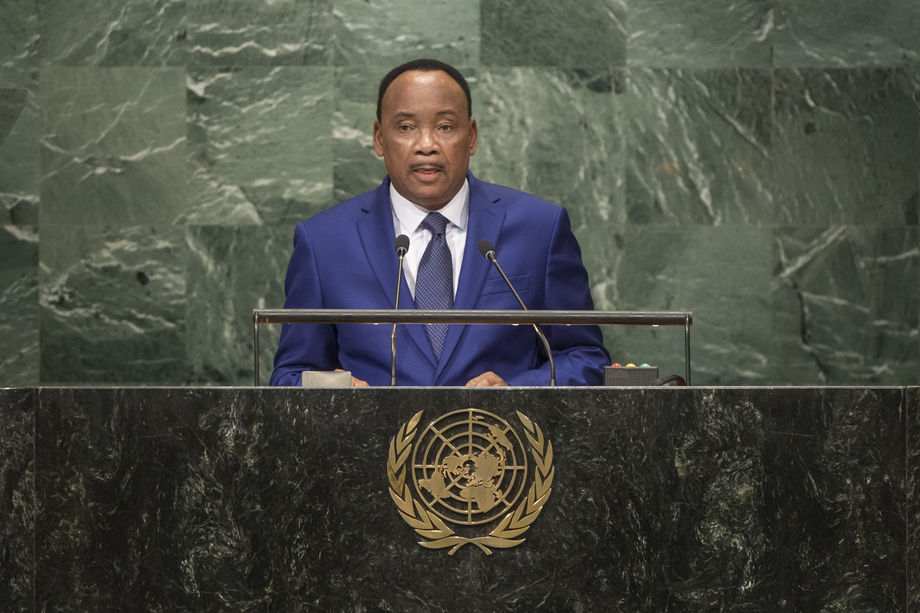 MAHAMADOU ISSOUFOU, President of Niger, recalled that the Millennium Development Goals had demonstrated the possibility of achieving remarkable progress.  The objective of halving the number of people living in extreme poverty had been reached by 2010.  Equally, the number of children not attending school, as well as child and maternal mortality had been reduced by half.  However, those positive developments obscured enormous disparities as they primarily reflected improving conditions in Asia and Latin America.  African countries, especially those in the sub-Saharan region, had attained little progress, he said.

The capability of States to implement sustainable development programmes would depend on their ability to change national economic and political conditions, he said.  Noting that the current world situation did not inspire optimism, he said there was need for a new kind of economic governance that would strike a balance between speculative financial capital and industrial capital.  Developing countries, especially the least developed ones, would receive more capital which they could invest in sustained economic growth, which in turn would contribute to global economic growth, he said.

Turning to governance of the United Nations, embodied by the Security Council, he emphasized the need to reform it in order to “rectify the anachronism which characterizes the Organization”.  There was need for a better and more representative body, where States, especially those adjacent to countries ravaged by conflict and violence, could express their views.  He called for a review of the mandates of certain peacekeeping missions, with a view to making them more “offensive”, saying that citizens in regions affected by conflict thought it inconceivable that peacekeeping missions were unable to protect them.