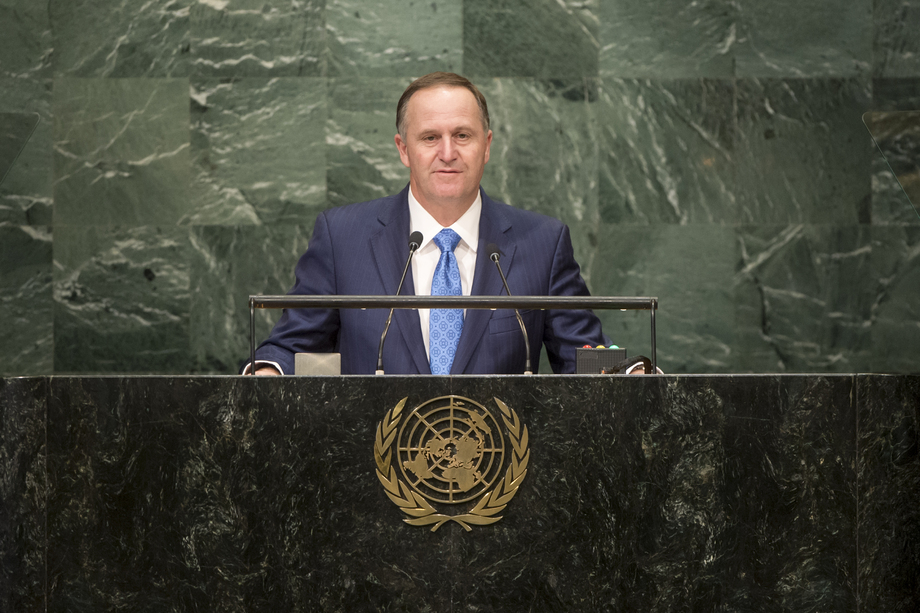 JOHN KEY, Prime Minister of New Zealand, outlined a number of current global challenges, noting that borders were closing to people and products, investment and ideas.  Many States were turning inward and the politics of fear and extremism were gaining ground.  No country could face such challenges alone, he said, emphasizing the need to unite in common respect for the principles of the United Nations Charter.  As a proudly independent nation, New Zealand was committed to being a good global citizen and playing its part.  There were many areas in which the United Nations could be more efficient, representative and responsive and show greater leadership, he said, adding that it was the collective responsibility of Member States to provide the political commitment necessary to make the Organization what they wanted it to be.

In that regard, he continued, New Zealand was using its term on the Security Council to raise tough issues.  A weak Council was not an option for most Member States, he said, pointing out a number of shortcomings, including the Council’s failure to live up to its responsibilities in Syria.  “No matter how difficult and sensitive the issues, the Council cannot watch the situation go from bad to worse,” he said, adding that his delegation would convene a leadership-level meeting tomorrow on the matter.  Hopefully, it would provide an opportunity for the Council to throw its weight behind the ceasefire agreement negotiated by the United States and the Russian Federation.  On the Democratic People’s Republic of Korea’s recent nuclear and missile tests, he said that regime’s provocative actions showed blatant disregard for Council resolutions and posed a grave threat to international law.  In that regard, New Zealand welcomed recent steps by the United States and China to begin negotiating a new resolution that would send a clear signal that such actions were unacceptable.

Stressing that the Council must move beyond vested political interests and work on compromise solutions, he called for immediate reform of the organ to better reflect today’s needs and realities, improve its responses to political conflicts before they spiralled out of control, and work more closely with regional organizations.  Other parts of the United Nations system had made significant steps forward on development, climate, financing, humanitarian efforts and disaster risk reduction.  However, the world needed a fair, rules-based trading system, more open trade and the removal of trade barriers.  The World Trade Organization should do more in that regard.  “Countries that close their borders can’t do business,” he said, warning that protectionism would have a chilling effect on the achievement of the Sustainable Development Goals.  On the next Secretary-General, he said New Zealand had nominated former Prime Minister Helen Clark to take up the position, and whoever held it must have the courage, experience and skills necessary to keep the United Nations relevant and responsive.