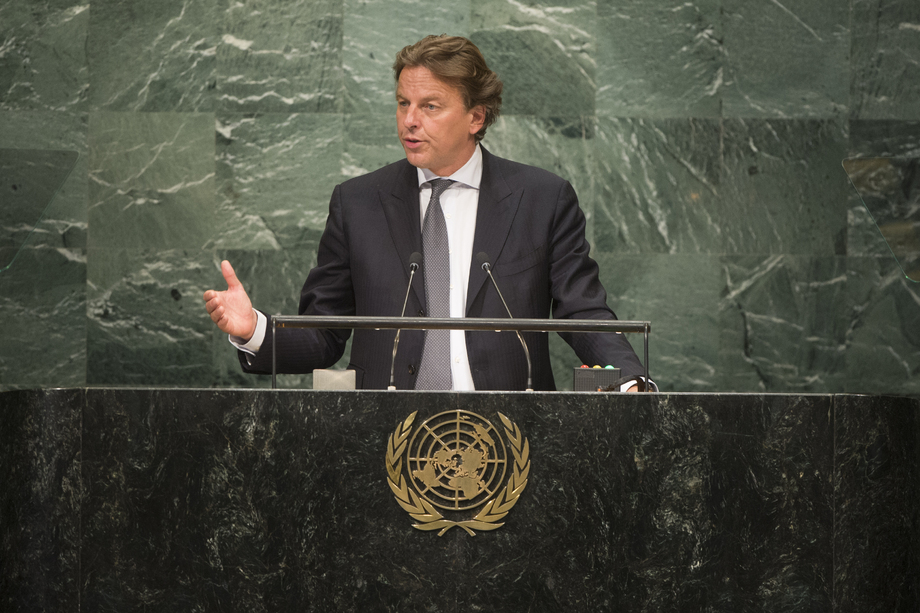 BERT KOENDERS, Minister of Foreign Affairs of Netherlands, said with the rise of nationalism and xenophobia, the United Nations had no choice but to play a key role in delivering solutions to make the world safer. “The United Nations is the best imperfect organization we have,” he said, highlighting the importance of multilateralism and the ability to deliver services on a global scale.  The Organization remained the platform where international goals and ambitions were set and where everyone could agree on new global challenges.  There was plenty of work to do, from the 2030 Agenda to the Paris climate agreement, and from peacekeeping reform to reform of the Organization’s development system.  “Let’s pause the talk for a while and get the action going,” he urged.

The Netherlands was doing its part, supporting peace and security and human rights as well as contributing to peacekeeping missions.  It would also ratify the Paris climate agreement shortly.  The United Nations must do its part in reforming the Security Council, focusing more on preventive diplomacy and ensuring sufficient resources for missions.  Peacekeeping had transformed from traditional ceasefire monitoring into complex missions with integrated mandates.  Such missions had protected thousands in South Sudan and the Democratic Republic of the Congo, and had brokered peace deals in Nepal, Angola and Sierra Leone.  Those successes faded from public image when “we see images of children suffering,” he said, stressing that the priority must always be to restore cessation of hostilities and guarantee humanitarian access.  For Syria, there must be more qualitative and transparent monitoring, he said, urging that systematic violations of ceasefires be dealt with by the Security Council.