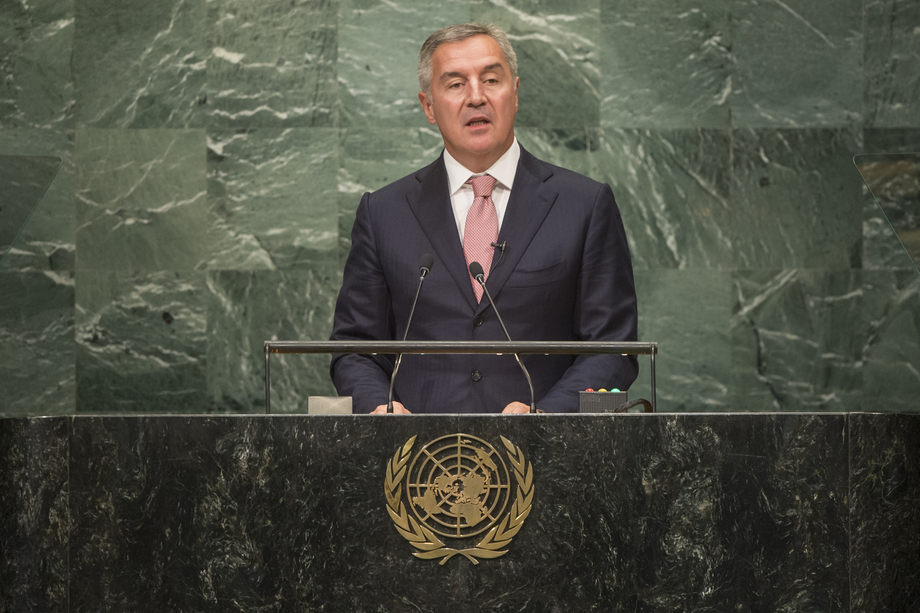 MILO ÐUKANOVIĆ, Prime Minister of Montenegro, said that too often the international community was not able to stop bloodshed, with the situation in Syria serving as the most tragic illustration.  It was unacceptable that the world was at peace with atrocities carried out in that country, he said, adding that those crimes could not go on without the punishment of the perpetrators.  There was also a clear link between global sustainable development goals and the fight against terrorism.  The implementation of the 2030 Agenda was the world’s best chance to protect societies from unconventional threats.  Social and economic programs should specifically focus on youth, their empowerment and inclusion in the job market, and he called for Member States to intensify their efforts integrating the 2030 Agenda into their national plans.

His country had been among the first countries to completely integrate the goals of the 2030 Agenda into its national strategy and had participated in the first round of voluntary national reviews at the High-Level Political Forum in New York in July, he pointed out.  Also showing its commitment to the Paris Agreement, Montenegro had aimed for the ambitious goal of reducing its greenhouse gases by 30 per cent.  His country was small, but its contributions to sustainable growth displayed its commitment to the global international community.  More States should push for enhancement of global social and economic rights, so that “no one is left behind or neglected”, he said.