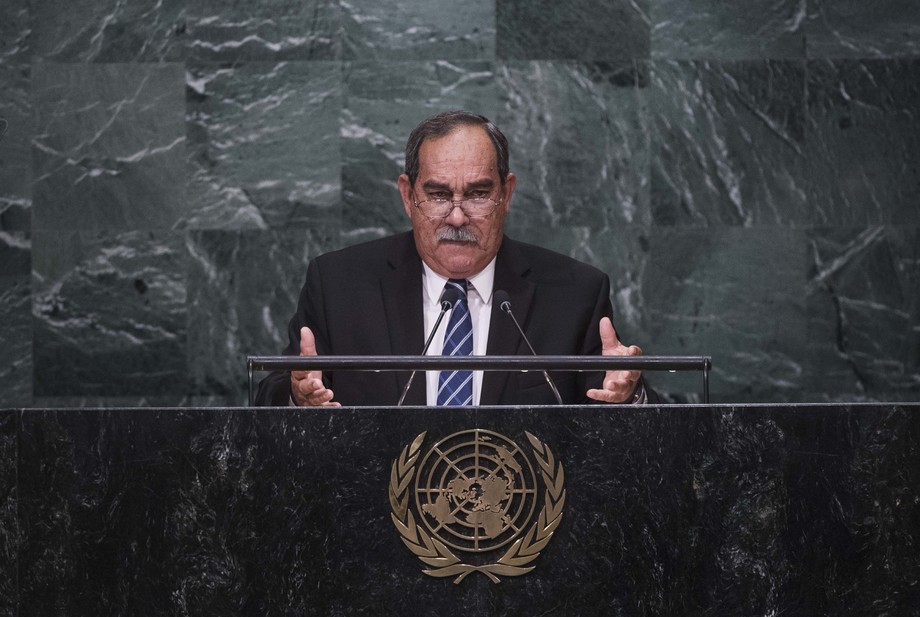 PETER CHRISTIAN, President of the Federated States of Micronesia, focused on the challenge of climate change, which, he said, posed an existential threat to his country and other small island developing States.  He regretted that funds pledged to the Green Climate Fund had been slow in coming to needy States, thus contributing to delays in the implementation of mitigation and adaptation projects.  In addition to climate change, the stability of the small island States had been put at risk by Democratic People’s Republic of Korea’s “provocative actions and rhetoric,” which, he warned, could turn the Pacific Ocean into a battleground.

On Security Council reform, he said that it was not only important for the Organization to be fit for purpose — it must be dynamic and able to keep in step with changing world circumstances.  For the sake of the Council’s credibility and effectiveness, it needed to be empowered and supported by Member States.  As such, it was important that the Group of Four (G4) countries be made permanent members of the Council.  He also emphasized that the whole United Nations membership be involved in the appointment of a new Secretary-General so as to ensure that the head of the Organization was responsive, responsible and effective for and on behalf of all Members and not just a select group of elite nations.

He hoped that climate and security would become a regular focus of the Security Council — a position long advocated by the Pacific small island developing States.  He reminded the Assembly that the group had submitted a proposal to the World Humanitarian Summit calling for a Special Representative in the United Nations system dedicated to the issue of climate and security, and said that he hoped the Secretary-General would appoint one before his term in office came to an end.

Finally, he informed the Assembly of a statement released earlier in the month by the Pacific Islands Forum — the Pohnpei Oceans Statement — which reaffirmed the importance of the ocean for Pacific livelihoods and urged the timely and comprehensive conclusion of the Preparatory Committee process established to make substantive recommendations to the General Assembly.  The Forum also called for action to end illegal unreported and unregulated fishing and associated activities, including high seas bunkering, human trafficking and illicit trade.