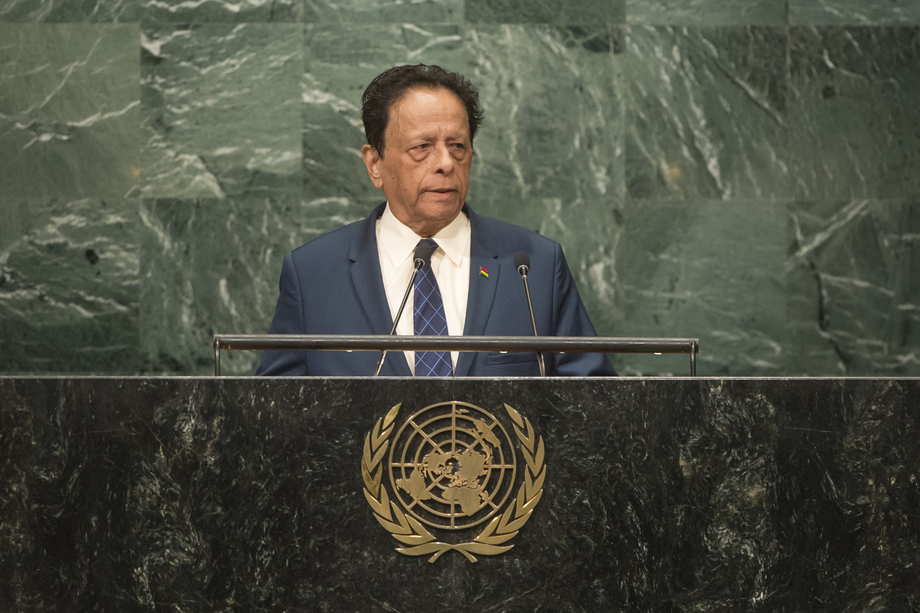 ANEROOD JUGNAUTH, Prime Minister of Mauritius, said his country was focusing its resources on eradicating extreme poverty by establishing a social register of those living in dismal conditions and those requiring targeted measures and assistance.  “There are yet many miles to go and we will pursue our journey,” he said, emphasizing that action on climate and oceans was “of paramount importance for our survival”.  Addressing the root causes of climate change would require robust determination and strong political will, but all efforts would be futile in the absence of peace and security.

Calling for a reformed United Nations, including the Security Council, he said it would benefit from enlarged and more inclusive representation.  “We believe that the historical injustice done to African representation on the Council should be redressed,” he added.  Welcoming the move by the United Nations to recognize Palestine as an observer, he called for a revival of efforts towards a two-State solution to the Israeli-Palestinian conflict.

He went on to note that, while Mauritius had become an independent State in 1968, it remained unable to exercise its sovereignty over the Chagos Archipelago and Tromelin, both of which were part of its territory.  Mauritians living in the Chagos Archipelago had been forcibly evicted from their homes and moved, in total disregard of their human rights, he recalled.  Mauritius had consistently protested against the illegal excision of the Chagos Archipelago, he said, adding that for decades, it had called upon the former colonial Power to find a fair and just solution.  However, its efforts had been in vain so far.  Despite United Nations resolutions, the United Kingdom maintained that its continued presence in the Chagos Archipelago remained lawful, he noted.  The General Assembly had a direct interest in the matter, given the historic and central role it had played in the decolonization process throughout the world.