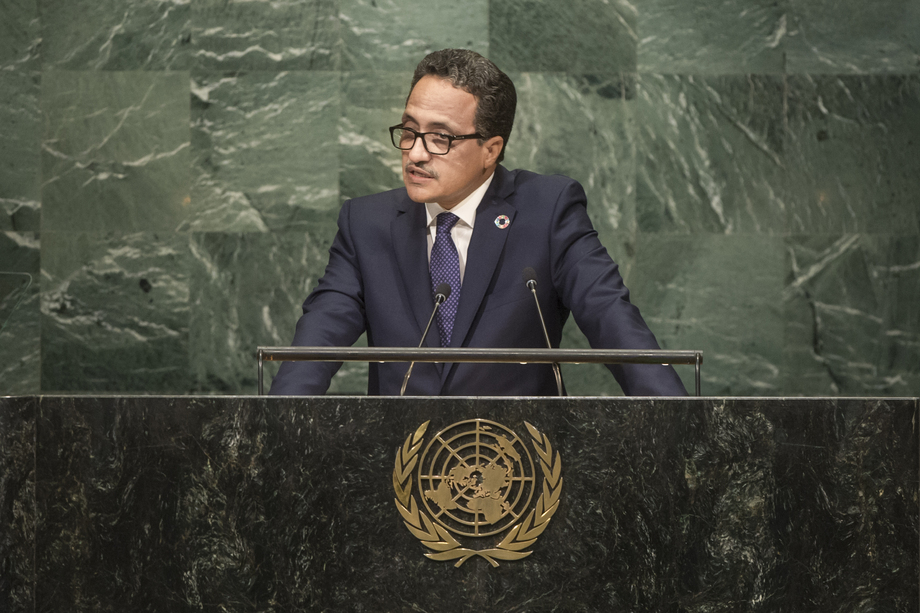 ISSELKOU OULD AHMED IZID BIH, Minister for Foreign Affairs of Mauritania, said his country played a crucial role in regional peace and security.  Against the backdrop of a complex regional situation, it had successfully fought against several terrorist organizations.  It had beefed up security and defence without undermining individual freedoms.  Mauritania believed that security and development were two sides of the same coin, he said, noting the country’s efforts in such areas as tackling corruption and providing safe drinking water in shanty towns.

Mauritania adhered to a policy of neutrality with regard to conflicts in its region, he said, noting its support for United Nations efforts to resolve the conflict in Western Sahara and its contribution to United Nations peacekeeping missions in Côte d’Ivoire and Central African Republic.  He emphasized the right of Palestinians to have their own State with East Jerusalem as its capital, adding that ongoing violations of Palestinians’ rights by Israel only fanned the flames of terrorism and violent extremism worldwide.  He urged Yemen, Libya and Syria to “choose the path of wisdom” and recognize it was not possible to end conflict militarily.  On climate change, he drew attention to Mauritania’s efforts to limit desertification and hoped that all parties to the Paris Agreement would respect their commitments.