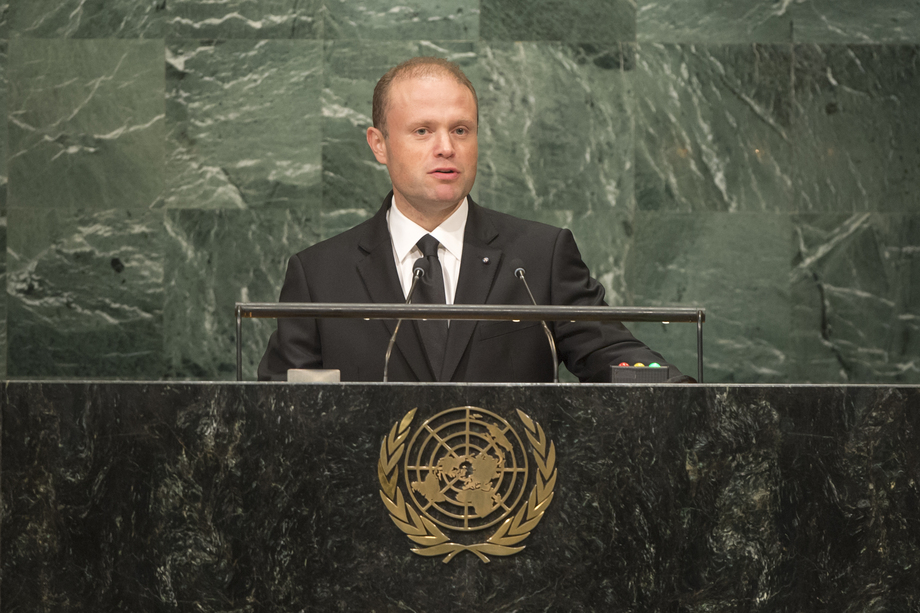 JOSEPH MUSCAT, Prime Minister of Malta, said that migration had reached crisis levels, a phenomenon set to become a “new normal” and which needed to be managed.  His country had been working with partners and independently on common challenges, such as addressing human trafficking using measures aimed at disrupting criminal business models.  Such efforts must be stepped up by sharing information and improving the implementation of national enforcement policies.  A global perspective was necessary with closer cooperation between countries of origin, transit and destination.  That had been the focus of the Valletta Summit on Migration hosted by Malta in November.

On regional matters, he said Malta would continue supporting Tunisia, which was gradually emerging as “the first, albeit fragile, Arab democracy.”  However, the picture in Libya continued to be bleak.  His country welcomed the recent adoption of Security Council resolution 2298 (2016) allowing for the destruction of chemical weapons present in Libya, but its population needed a functioning Government to address their basic needs.  He reiterated the need to support the Libyan Peace Accord and the Presidency Council, while respecting that country’s sovereignty.

As host to the International Institute for Justice and the Rule of Law, he went on to say, Malta believed that the most effective way to counter terrorism was by empowering the rule of law and strengthening the judiciary in States where such activity was gaining ground.  His country was committed to Euro-Mediterranean dialogue and cooperation based on the principle that there could be no peace and security in Europe without peace in the Mediterranean.  That vision would form the primary driving force behind Malta’s Presidency of the Council of the European Union.  It would continue strengthening relations with the League of Arab States with the aim of consolidating institutionalizing relations.  It would also actively support revitalizing relations with the Gulf States through the Gulf Cooperation Council, which would be another opportunity to step up multi-level regional cooperation with the European Union.